Book One of the Spellweaver Chronicles: 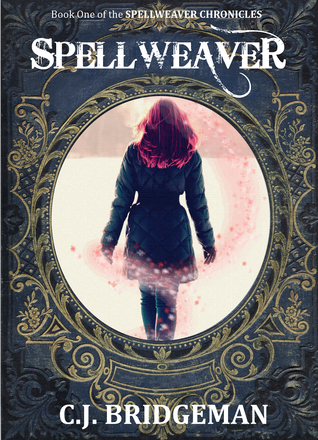 Felicity Lucas never really knew her mother. Even though they had lived together for all the fourteen years that Felicity had been alive, they had barely even had a meaningful conversation. It was a relationship that was far from perfect.

So when her mother dies in a car crash and Felicity is sent to live with her estranged father in a deprived London borough, she is determined to move on. It isn’t easy – content with her solitude, she’s never had friends before, but the most popular girl in her new school won’t leave her alone and she’s forced to attend counselling. To make things worse, it’s obvious that her father doesn’t want her around.

It is only after she discovers a book of spells and is attacked by a strange boy who can conjure flames in his hands that she starts to realise that her mother was far more than what she seemed. She had a great many secrets, secrets that promise to thrust Felicity into a terrifying world of magic and straight into the path of beings who are determined to destroy her…

This book is like a breath of fresh air. The book is well written and crafted with a skill I can’t help but admire. It has been a while since I read a book in this genre that actually held my attention until the end. The book had me turning the pages yearning for more.

Felicity’s character is well thought out and for the heroine, she may come across as shy or timid/ a loner, but we are shown a glimpse of the strength that lies beneath. Her behavior is justified as she has never experienced a normal life the way her new friends have.

Holly’s character is quite interesting. Though she is extremely popular and social, she’s well meaning and a real good person. This is a wonderful change from the usual popular girls whose only ambition is to make other people’s lives miserable. Her equation with her twin, Jamie, a complete nerd, is fascinating especially as the two are polar opposites.

The story so far, as this is just the first book in the series, is interesting, it will keep you hooked till the end and when you put the book down it will be with the urge to know more. For a first time novel, Claire has done a wonderful job, keeping the language simple and sticking to the plot beautifully!

The various twists and turns and each characters’ reaction is covered delicately with a huge focus to detail. It takes a great deal to create a whole new world where magic is involved and so far I think she has nailed it.