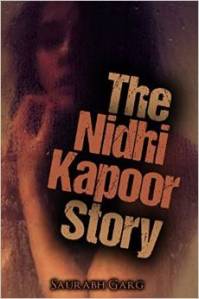 Nidhi Kapoor is a very successful, second-generation film star. She is the daughter of the great Nishant Kapoor, who came out of nowhere to become the first real superstar in the 80s.

The day before she is to start shooting for her much anticipated film, she comes home to discover her beloved pets killed mercilessly. Apart from the mangled dead bodies, the unknown assailant has left behind a letter threatening Nidhi, Nishant and their family.

ACP Prakash Mohile of the Mumbai Police is summoned to investigate the case. He asks Rujuta Singh, a photojournalist working on a photo-essay on Mumbai Police, to come along.

In the absence of any clues, Prakash and Rujuta are forced to dig into the past of Bollywood’s first family. Unknowingly, they stumble upon a violent tale of lies, betrayal, treachery, infidelity and even murder at Kapoors.

Little did they know that the murder of pets was going to be the first in a long sequence of attacks on Nidhi. The unknown assailant is adamant on taking away from Nidhi everything she holds dear – her family, her parental home, her career, her reputation and her life.

This book falls into the category of a psychological thriller. It highlights the various events in the life of an actor who was the star of Bollywood. Nishant Kapoor starts off as a poor boy looking to make it big and ends up as the star of Bollywood. The author goes into detail about the trials he faces and how his life changes. The story is set at a time when Nidhi, Nishant’s second daughter is at the peak of her acting career. The police are called in when her pets are found dead in the house and then follow what looks like sabotage.

As the investigation is on, we are introduced to two major characters apart from the people in the Kapoor’s family; ACP Prakash Mohile, an uptight person who takes his work seriously and has a wonderful track record, and a journalist, Rujuta, who tags along while working on her assignment on the police department. These two characters have been sketched really well by the author and are quite strong. The journalist is inspiring in many ways and shows that being a woman is no hindrance to what you want to do in life. Her aunt, who makes a small appearance in the story plays a pivotal role towards the end.

The Kapoor household consists of Nidhi, her older sister and their mother’s brother as well as Nishant who is brought back into the picture later on. The authors spins a sinister web of murder, betrayal, love and slowly reveals a plot that will keep the reader enthralled. As the investigation continues, the deeper they dig into the past, the more the truth about Nishant’s personality and his family comes to light. The climax of the story is brilliantly written with a good ending.

However, though the author manages to tie up most of the loose ends and neatly close the plot, there are a few things that remain unanswered. These however do not deviate from the fact that this is a well written story and will be enjoyed by those who love a good mystery or psych thriller.

I would like to thank the author for giving me this opportunity to read and review his book!

One thought on “Book Review: The Nidhi Kapoor Story”