When I was twelve, my mother disappeared. I was the first person to never find her. I’m sixteen now and she has never been found, alive or dead. I’m not the girl I should have been.

When Charlotte Stevens, bright but failing, is sent to stay at her mother’s childhood home in Somerset England her life is changed forever. While exploring the lavish family manor, Gaersum Aern, Charlotte discovers a stone puzzle box that contains a pentagram necklace and a note from her mother-clues to her family’s strange past and her mother’s disappearance.

Charlotte must try to solve the puzzle box, decipher her mother’s old journals, and figure out who is working to derail her efforts-and why. The family manor contains many secrets and hidden histories, keys to the elegant mystery Charlotte called mom and hopefully, a trail to finding her. 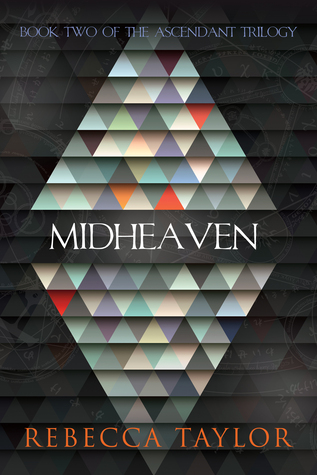 As Above, So Below

As the direct descendant of Francis Bacon (aka Shakespeare) Charlotte is the next Ascendant. She is destined to teach mankind the secret mysteries of alchemy.

If only she knew what those were.

With her father’s stone box, and her mother’s first key, Charlotte will quest around the world to solve the puzzle and reveal its secret.

Unless Emerick gets her first.

Since I read these books continuously, one after the other, I decided to post a combined review. In general, I enjoyed the premise of the story and the events that occurred to take it forward. The story is written decently and will ensure the reader continues on until the end. The author manages to build up some amount of mystery and intrigue.

However, the protagonist is decent at best, but she gets rather whiny and annoying. Her attentions are directed towards the two guys showering her with attention and she is torn between them in the usual cliched style. At times she comes across as shallow, and at others, someone with a strong mind. She sets out to find the meaning to the clues left behind by her parents. As the story unfolds, the reader is drawn into a world of drama, secrets, betrayal.

The story lacked in precise character development and a deeper premise than was there. It was easy to figure out what might happen next and the books did not make me want to keep turning the pages. Having said this, there are parts that are interesting and had potential. A stronger focus on the characters, creating complex personalities and a more interesting twist to the plot would have made it gripping. Though there was some adventure and mystery thrown in, it just made the story more confusing. It was just another book in the usual style of having a clue and trying to decipher it while also trying to keep it away from the bad guys.

Bottom-line: Read the book. You may or may not like it, but you can form an opinion by yourself.