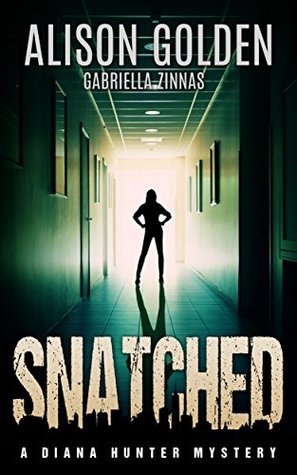 What would you do if you discovered a dead body? Would you investigate? Try to solve the case before the police arrive?
Would you prattle on about theories regarding the murder, realizing you know almost too much about it? Would you put the handsome detective off balance so that he then accuses you of being the murderer? All before 9AM? No… surely no one would do that?

When embarking on an early morning run, Diana notices a man sitting on the ground reading a book. When she returns, she finds he hasn’t moved a muscle since she left her house. She checks him over and discovers that he is stone cold. Once the emergency services arrive, all equipped with a very good-looking, but pompous detective, Peter Hopkinson, she has to continually prove to the detective why she is not the killer while trying to solve the murder herself.

Will Diana find the murderer before the detective does, or will they both discover that something a lot more sinister is going on at Royal Bay Beach?

This story is fast-paced and a very quick read filled with interesting characters. The plot is convincing, starting with the main protagonist Diana, setting out for her morning run. On the way, she notices a person sitting under a tree near her building who has been sitting in the same position since she started her run. It is said that curiosity killed the cat, and though this is not literally the case, Diana finds herself in the position of explaining herself to the lead detective on the case. Add in the fact that he is not at all what she pictured detectives to be like and her wild imagination and we have an interesting chemistry between the two.

The author doesn’t dwell much into the background of the characters, only briefly providing information to fill in plot holes, making it a little difficult to understand them. Also, the whole story seems to happen very smoothly with no roadblock or any disturbances. This is not very realistic, but will still hold the readers attention. However, this doesn’t take away much and still ensures that the story is worth the read. The events unfold very quickly and Diana’s sharp mind prove to be an asset. It is nice to read about a female protagonist who is strong willed, inquisitive and extremely witty, piecing together facts to help solve the mystery.

Grab a copy of this short suspense filled mystery that most mystery lovers will enjoy!