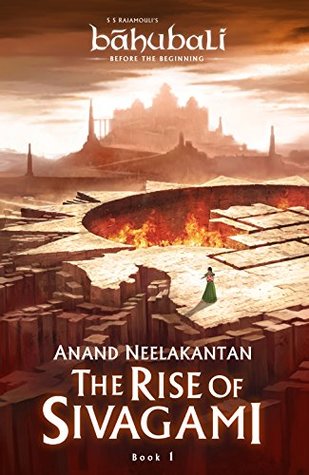 Blessed by the sacred Gauriparvat, Mahishmathi is an empire of abundance. The powerful kingdom is flourishing under its king, who enjoys the support and loyalty of his subjects, down to his lowly slaves. But is everything really as it appears, or is the empire hiding its own dirty secret?

Orphaned at a young age and wrenched away from her foster family, Sivagami is waiting for the day she can avenge the death of her beloved father, cruelly branded a traitor. Her enemy? None other than the king of Mahishmathi. With unflinching belief in her father’s innocence, the fiery young orphan is driven to clear his name and destroy the empire of Mahishmathi against all odds. How far can she go in her audacious journey?

From the pen of masterful storyteller and bestselling author Anand Neelakantan, comes The Rise of Sivagami, the first book in the series Baahubali: Before the Beginning. A tale of intrigue and power, revenge and betrayal, the revelations in The Rise of Sivagami will grip the reader and not let go.

I am sure all of you out there have watched Baahubali 1 and 2. Most of us have come to love the characters but as with most movies, we do not get to know some of the characters well. In this case, with the focus of the movie plot on Baahubali (first the father and then the son – who share the same second name), we are introduced to some very strong and compelling characters about whom we don’t know much.

This book, the first in a trilogy, seeks to close the gaps and give us an insight into those characters who definitely need to be explained. The major questions of – Who are they? Where are they from? How did they get to where they are today? – are brought up and the author seeks to give us the answers.

Sivagami, the strong-willed lady, who is ruthless with her decisions, is a woman who brings out the curiosity in people. Since the movies do not give us anything about her or how she came to be the Queen, this book tells us her story. A girl from humble beginnings, with a thirst for revenge, Sivagami is portrayed as head strong and determined. She takes her time to plot and plan, showing us the strength and cunning in her nature while at the same time, we are shown how much she cares for her friends and can go to any length to protect them.

The book also talks about Kattappa in his youth, at a time when he is just starting out, along with intricate details about his life, his father and brother. It is a completely different person that we are shown, which might take you by surprise, but remember, he is still an unsure youth, trying to understand and find his place in the world. His part of the story, running parallel, talks about his struggle to accept the way the world is.

This prequel has a lot of subplots and twists, bringing out the darkness of the times and the conspiracies and corruption behind the doors of the kingdom. Everyone has an agenda and something to hide. The characters are all portrayed in shades of grey, making us believe that they aren’t as bad as they actually are. Though the story is well written, there are many times when many of the characters introduced do not inspire empathy, in-spite of the dire circumstances. There is so much that seems to be cluttered together into this first part. It feels more like a rant on the system than a portrayal of emotions that arise due to the circumstances, with the nobles and the slaves, and then those who take advantage of and abuse their power!

Pushing these flaws to the side, the story has immense potential and brings out a feeling of nostalgia and a slight sense of satisfaction of knowing who these characters are. Of course, this is just the beginning, there is more to come!