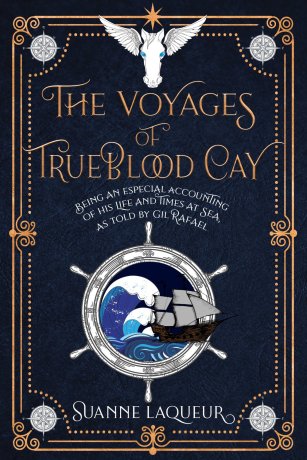 The Voyages of Trueblood Cay

Being an especial accounting of his life at sea, as told by Gil Rafael

Pelippé Trueblood is a giantsblood—one of the great mariners of House Tru. Raised on the mighty ship Cay, he’s chosen at nineteen for a perilous voyage predicted in ancient prophecy. Young and unseasoned, Trueblood fears the gods may have picked the wrong man for the job. Worse, prophecy demands he be accompanied by Fen il-Kheir, and nothing in Trueblood’s life at sea has prepared him for this dangerous new crew member.

Fen is a kheiron—a creature with the ability to shift between man and horse. With a dark past, little love for humans and less love for ships, Fen proves a reluctant passenger whose secrets about Trueblood could jeopardize not only the voyage, but the future of the world.

A feud of the gods. Ships built by giants. Spice that makes the world beautiful. Flying horses. Murder and misery. Belonging and bravery. Sailors, centaurs, warriors, queens, courtesans and storytellers. A tapestry of mythology and human experience, The Voyages of Trueblood Cay is both Javier Landes’ love letter to his life, and Suanne Laqueur’s most adventurous love story.

Publisher’s Note: Gil Rafael is the pen name of Javier Landes, who is a fictional character in Laqueur’s Venery series. The Voyages of Trueblood Cay is the novel Javier is writing throughout the series. This novel-within-a-novel contains subtle references to people and situations in Venery, however it’s not necessary to have read the series beforehand. Trueblood Cay can absolutely be enjoyed as a standalone. (Contains adult situations written in adult language.) 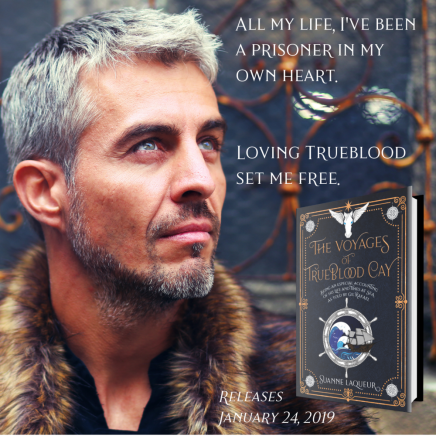 To be shipped after the January 24th release date 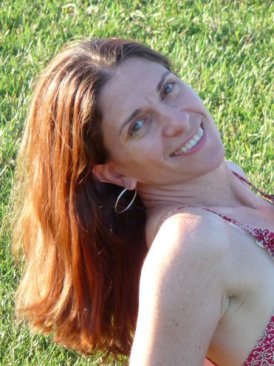 A former professional dancer and teacher, Suanne Laqueur went from choreographing music to choreographing words. Her work has been described as Therapy Fiction, Emotionally Intelligent Romance and Contemporary Train Wreck. Whatever you want to call it, her goal is to write stories that appeal to the passions of all readers, crossing gender, age and genre.

Laqueur graduated from Alfred University with a double major in dance and theater, and taught at the Carol Bierman School of Ballet Arts in Croton-on-Hudson for ten years. An avid reader, cook and gardener, she started her blog EatsReadsThinks in 2010. She lives in Westchester County, New York with her husband and two children. Visit her at http://suannelaqueurwrites.com. All feels welcome. And she always has coffee.

Join Suanne’s newsletter and get a free copy of The Man I Love!