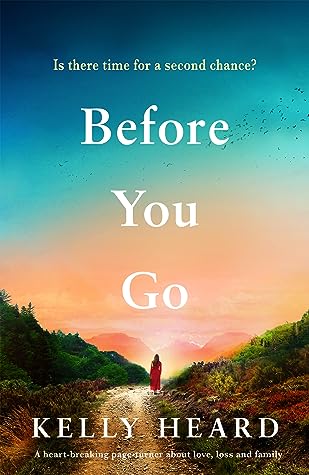 The bond between a mother and daughter is meant to be unbreakable. What happens when it shatters?

Western Virginia, 1979. Dell Shaw knows the relationship between a mother and daughter should be something warm, soft and safe. But her relationship with her former beauty queen mother, Anita, has never been like that. And then one day, Anita packs up and leaves home, abandoning Dell to look after her alcoholic father and grow up alone.

When Dell meets handsome Mason, who has his own scars, she begins to think she can build a new, happy family with him. A year later, she’s shocked to find herself heartbroken and alone with a new-born baby girl and only her mother to turn to. When Anita refuses help and instead arranges for the local church to take the baby away, Dell knows she won’t ever speak to her mother again.

But all that changes on the day Dell discovers her daughter is missing.

Anita knows where the child might be. There’s only one problem—Anita is in a coma, fighting for her life. As Dell divides her time between her mother’s bedside and searching for her daughter, she finds herself discovering new things about her past that make her wonder if she can forgive her mother after all. But will she be able to reconcile with her mother and find her daughter before time runs out?

An unforgettable and heart-wrenching debut about the endurance of love, the power of forgiveness, and finding beauty in the world around us. Your must-read book of 2019. Perfect for fans of Where the Crawdads Sing, Kristin Hannah and Kerry Lonsdale.

The synopsis of the book was quite intriguing and this promoted me to pick it up. The story follows Dell, a fortune teller as she navigates her way through her present while trying to run from her past. Dell has moved away from Blyth, away from family and friends and away from her new born baby.

The author introduces us to a variety of characters as the story progresses. However, as the plot develops, there is little to no development on the fact that Dell is a fortune teller. This just seems to be a minor reference which exists until Dell goes back to Blyth. Dell races against time to try to find her daughter and spend time with her mother who is now in a coma and may be the only person who knows where her daughter is. The plot itself becomes quite predictable as the story progresses, and even though this story does bring out the importance of forgiveness and love, it becomes difficult to follow after a point. The characters are nice but unremarkable, and not very easy to relate to. The story plows ahead with no major twists or turns and is easy to follow.

The book did not engage me as much as I had hoped, but it is still a decent read! Fans of romance will enjoy this book!