I was provided with an eARC by the author in exchange for an honest review. 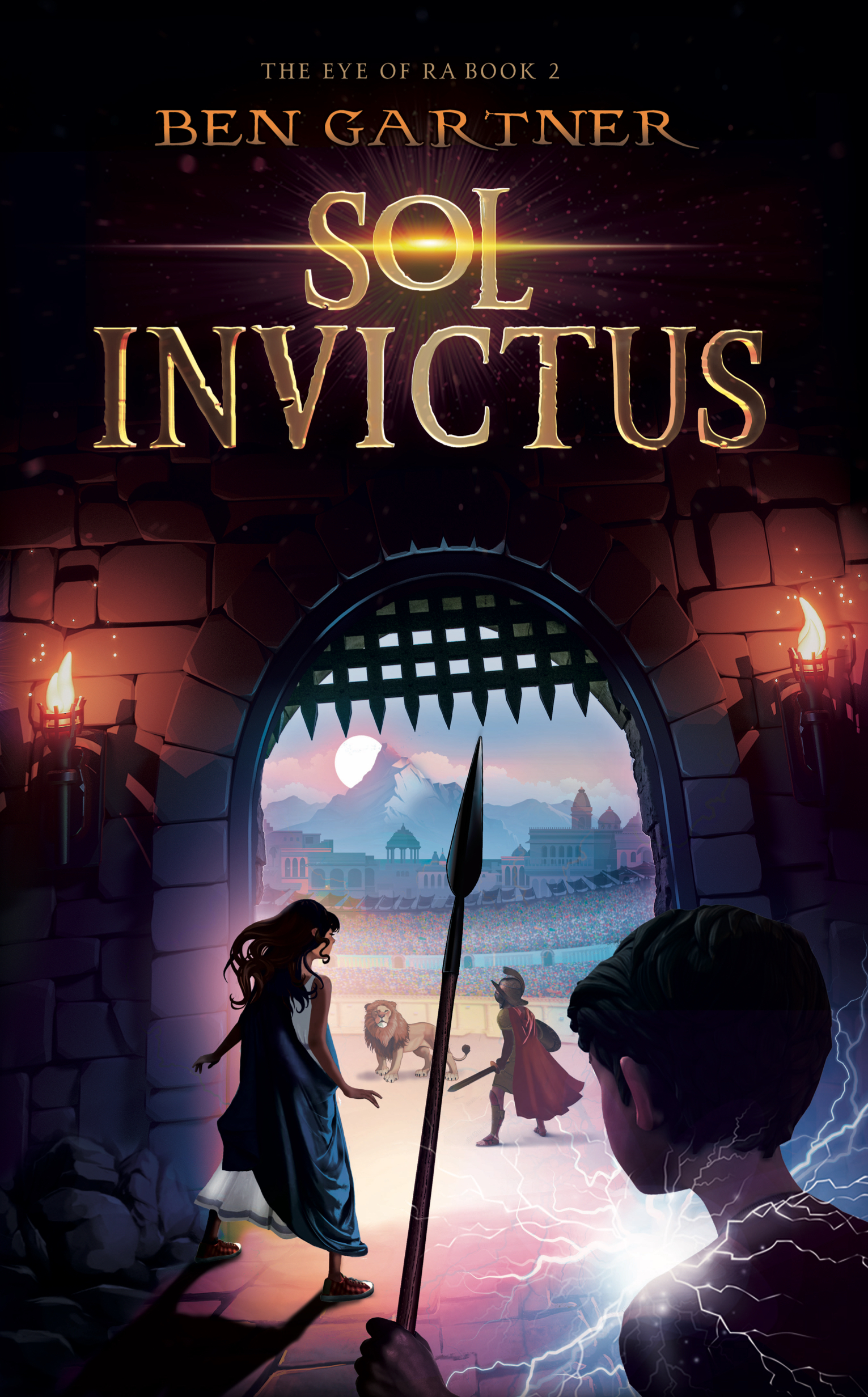 Siblings John and Sarah barely made it home last time, but in their next time traveling adventure the challenge really heats up. Surrounded by clashing cultures on the ancient Roman frontier, they must fulfill their quest to unite the emperor with his enemy, an Alemanni barbarian, or risk being stuck in time forever.

Oh my my my, this book takes the reader into the heart of ancient Rome! The second book in The Eye of Ra series, follows the siblings, Sarah and John, as they get pulled into a new adventure this time starting at the Museum! This time though, they go into it knowingly, having been told that the fate of the world rests on them. They are told that they are on a quest to unite the emperor with one of his enemies.

The story is action-packed with a lot of fights, chases and hiking! Once again we have a reference to the Sun God, but as perceived in the eyes of the Romans. I thoroughly enjoyed this story and I think that it was even better than the first book. The story is a delight and once again the reader is treated to some historical facts mixed in with some sections where the author has taken creative liberty! There is another delightful recipe at the end, something that John, ‘the Little Chef’ learns during his adventure. The author makes certain references to Book 1 which helps remind the reader of some happenings or experiences from it. However, this book can also be read as a stand alone!

One part of the story that stood out to me was the bond between the siblings. Sarah is struggling for some amount of independence and does not want to have her younger brother trailing her all the time. However, when thrown into adverse situations or faced with a reality where she is separated from him, she starts to appreciate John more. This is wonderful to read about as the siblings rediscover their bond and learn to trust one another again while making new friends in ancient Rome and fighting off the enemy.

This series so far is filled with adventure, mystery and a lot of learning! The author leaves quite a bit to the imagination and through the books encourages us all to indulge in the impossible and enjoy ourselves! And finally, there is a hint that there is more where these books came from, more adventures for Sarah, John and all of us readers, children and adults alike!

3 thoughts on “Book Review: Sol Invictus (The Eye of Ra #2) by Ben Gartner”