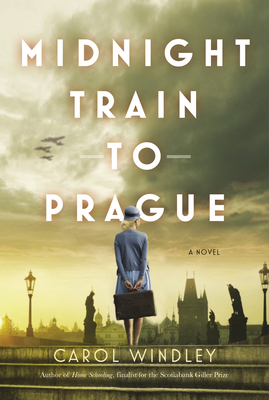 An unforgettable tale of what we owe to those we love, and those we have left behind

In 1927, as Natalia Faber travels from Berlin to Prague with her mother, their train is delayed in Saxon Switzerland. In the brief time the train is idle, Natalia learns the truth about her father and meets a remarkable woman named Dr. Magdalena Schaefferová, whose family will become a significant part of her future.

Shaken by these events, Natalia arrives at a spa on the shore of Lake Hevíz in Hungary. Here, she meets the journalist and writer Miklós Count Andorján. In time, they will marry, and Natalia will devote herself to life on a rural estate in Hungary.

When war breaks out in Europe, Natalia loses contact with Miklós. She believes they are to meet in Prague, a city under Nazi occupation. She sets up shop as a fortune teller with a pack of Tarot cards. In this guise, she meets Magdalena Schaefferová’s young daughter, Anna. Accused by the Nazis of spying, Natalia is sent to a concentration camp. In April 1945, Natalia and Anna are reunited, and with courage and determination, find the strength to begin again in a changed world.

I found this book on NetGalley and am grateful to have been approved a copy. I know that my review is quite late considering that the book was released in April, but then again, better late than never.

Starting with the title, the book intrigued me and I was curious to know what happens. The synopsis also added to growing interest I had in the book. Set in the times before, during and after the WWII, the story follows Natalia as she first travels with her mother to Prague and then later as she navigates life under the Nazi rule. The first half of the story focuses on her, her family and the people they meet on the way including Miklós. The second half of the story introduces us to Anna, the daughter of Magdalena Schaefferová, a doctor whom Natalia had very briefly met many years ago. As the story progresses, their stories intertwine and diverge based on the situations they end up in.

The historical aspect of the story is spot on and I enjoyed reading about how Europe changed. The author also touches upon the horrors during WWII, families being torn apart and the loss that people dealt with. This was quite sad but very well portrayed. At some points the story became confusing for me as it jumped from location to location and character to character.

Also, I read this in many reviews and I agree that it was odd how most of the dialogues were maintained in passive voice. Though it did not bother me as much, it was a new style of writing which I had not encountered much before. In retrospect, I feel that this worked for the way the book was written and still conveyed the points across. I was also not able to correlate the title of the book with the story completely as the focus was on the lives of the people and their experiences during the war.

The characters went through a lot in this story dealing with love, loss, friendship, empathy and so many other things. The author does a good job in pulling the reader into the narrative. This book is a good read for the historical depictions with a focus on Eastern Europe and the enduring nature of the characters in the book!