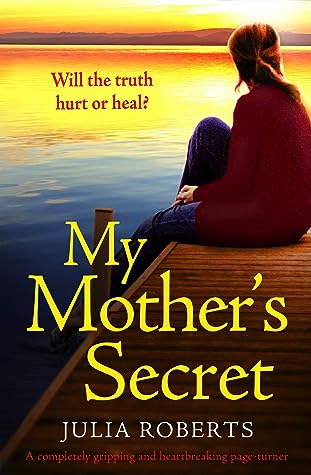 ‘They told me he died, but I never believed them. I’d have known,’ she says, her voice little more than a whisper and her eyes searching mine. ‘A mother would know if her child died, wouldn’t she?’

The phone call comes in the middle of the night, rousing Danni from her safe, warm bed. The police have found her mother Diana wandering along the main road, miles from her house, confused and lost.

Danni races to her mother’s side, but when she arrives, as always, her mother doesn’t seem to care. ‘Go away, Danni,’ she says. ‘I don’t want you.’

When she was a child, Danni would lie awake at night wondering what she had done to make her mother so cold. Now she is determined to put the past behind them and make Diana as happy as she can in the time they have left.

But as some of Diana’s memories are slipping away, others are forcing their way to the surface. One night Diana breaks down in tears and reveals her heartbreaking secret. Years before Danni was born, there was another baby who never got to see the world. Now there is one last thing Danni can do for her mother. She will find her brother’s resting place, and bring Diana some peace.

But good intentions can have unexpected consequences, and soon Danni’s life will be changed forever. Are some secrets best left buried?

A completely heartbreaking and compelling story of families, secrets, and the fierce love between mothers and children. Fans of Amanda Prowse, Ali Mercer and Jodi Picoult will smile through their tears.

My Mother’s Secret is the story of a mother’s journey and her relationship with her children. This is a story that shows us how a bad situation can shape a persons entire life, physically, mentally and emotionally. The story follows Danni as she tries to help her mother who discovers that she has Dementia and later on breast cancer. Her mother never wanted her around and did not hide the fact in the way she always talked to her. She focused more on Danni’s younger brother Adam who was the apple of her eye.

As Danni struggles to help her mother, she also reflects on how she treats her two daughters and her relationship with her husband. Through this story, the author brings out contrasts in relationships, view points and how different things shape people into who they are today. As Danni’s mother’s dementia starts to get worse, her mutterings and revelations sow the seed in Danni’s mind to seek out the truth. The author handles the health problems in a subtle way and brings out the effects very well making us go through all the emotions that the characters are feeling.

Sometimes, it is best to let some secrets rest, but what happens when one goes looking for the truth? It can have quite an impact on a whole lot of people. I truly enjoyed reading about Danni’s family, her support system and how she handles her mother in spite of how she has been treated her whole life. Sometimes there are opportunities for a second chance and perhaps this is Danni’s.

As tragedy strikes and secrets come out, Danni is racing against the clock to take care of her mother and her family without hurting anyone badly in the process. This is truly a heat-wrenching read with so many unexpected twists! The author has done a wonderful job with the plot and even though there is tragedy, she brings out the beauty of relationships and love in the end, making this book totally worth the read!