A special shout-out to Bookouture and NetGalley for providing me with this copy of the book in exchange for an honest review. 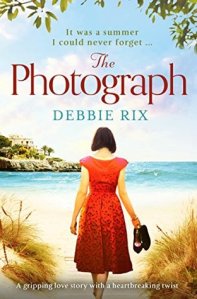 Italy, 1958: Rachael is a young widow with a small child. After a lifetime of running for survival, of not knowing who to trust and where to call home, she finds herself in a place of safety. On a sun-drenched Italian island for one carefree summer the troubles of her past fade away and she falls in love. But will Rachael’s new-found happiness bring her further heartache?

England, 2017: Sophie has a handsome husband, a gorgeous house in the English countryside and a successful career as an anthropologist. But the one thing she longs for is a baby of her own. As she struggles to conceive, cracks begin to appear in her marriage. So Sophie throws herself into her work and tries to seek comfort in childhood memories of her beloved grandmother Rachael.

One afternoon, Sophie finds a forgotten letter and an exquisite silk bracelet hidden in Rachael’s old writing desk. Intrigued, she begins to unravel the extraordinary story of her grandmother’s past – and a secret that has the power to change everything…

The Photograph is an utterly beautiful and compelling story of love, loss and a family secret spanning generations.

The Photograph is the spell-binding journey of two women, generations apart, and their stories of love, loss and life. The story alternates between Sophie’s life and experiences in the current day, and those of Rachael, almost 60 years ago.

Sophie is dealing with the struggle to conceive, yearning so much for a child that she does not pay much attention to how the people around her are dealing with things. She is a wonderful person at heart, but fails to see how her obsession affects her husband. At the brink of losing her marriage entirely, the husband and wife duo are confronted with a lot of decisions and forced to deal with their emotions. The best part of Sophie’s story is her family, who is her support system, but who also act as voices of reason when required.

More than 60 years ago, Rachael, Sophie’s grandmother loses her own mother, her husband and is forced to flee her home with her father so as not to get caught. In the midst of all this, she finds herself pregnant. As the father-daughter duo’s journey continues west, they end up in England where her father takes up teaching anthropology at the university.

Rachael fills her time and also builds bonds with the owner of the house they are staying at. As time passes, they move to Italy for almost a year so that her father can lead a dig and document the findings. What follows is a life of sun, some laughter and a passionate love that Rachael develops for a local of the island. However, the main part of her story comes from not being able to pursue this relationship and moving back home.

Rachael’s life is filled with a lot of loss and tragedy, but through all this emerges a strong willed woman who raises two children by herself and lives to see her grandchildren grow up. A quiet but dependable presence in their lives, no-one knows that she harbors a strong secret about her life and her son’s.

Sophie, in a bid to connect with her grandmother, while moving her writing desk from the attic to the living room, discovers a false back. This leads to the discovery of a photograph, the very photograph that the title refers to! What follows is a family holiday to Italy where Sophie sets out to discover the truth behind the photograph. This leads Sophie to uncover a deeply hidden truth that would change her mother and uncle’s lives forever.

The story is gripping and will keep the reader hooked until the very end. Set against some amazing backdrops, the authors ensures to describe each place with great detail, it feels as though you are also there. The emotions are many and the reader will experience them all along with the characters. The author brings out the repercussions of keeping secrets but at the same time she shows us the reasoning behind it and how it might have been necessary. Times change, the world changes and so does people’s perception of things. A compelling story, The Photograph is a must read!

When Charlotte police discover the body of a teenage girl along a desolate stretch of two-lane highway, Temperance Brennan fears the worst. The girl’s body shows signs of foul play. Inside her purse, police find an airline club card bearing the name of prominent local businessman John-Henry Story, who died in a horrific fire months earlier. How did Story and the girl know each other? Was she an illegal immigrant turning tricks? Was she murdered? Was he?

Tempe must also examine a bundle of Peruvian dog mummies confiscated by U.S. Customs. A Desert Storm veteran named Dominick Rockett stands accused of smuggling the objects into the country. Could there be some connection between the trafficking of antiquities and the trafficking of humans?

As the complications pile on, Tempe must also grapple with personal turmoil. Her daughter, Katy, grieving the death of her boyfriend in Afghanistan, impulsively enlists in the army. Meanwhile, Katy’s father, Pete, is growing frustrated by Tempe’s reluctance to finalize their divorce. As pressure mounts from all corners, Tempe soon finds herself at the center of a conspiracy that extends all the way from South America to Afghanistan and right to the center of Charlotte.

I started reading Kathy Reichs’ novels from a very young age and have always been a fan of the series and genre. Hence, I believe that not many words are needed to describe a Kathy Reichs novel.

The author effortlessly binds together the plot with murders and mystery as well as medical details brought in which are explained in a way that even the layman would understand. A well written novel, the author has continued to do justice to the character she created and to the entire series. The back story remains strong and the characters continue to develop. We are shown different shades of some of the characters which show how they have evolved over time and with each story.

The story is set in different places taking us and Temperence to as far as Afghanistan. As usual while doing her usual job, she gets drawn into an investigation and makes it her personal responsibility to get to the bottom of things. Temperence is a strong women and if we should draw inspiration from anyone it is her. She is compassionate as well as vigilant, striving to work towards setting things right. She is also portrayed as a normal human facing the same personal problems that all of us can relate to.

Even though this is the first time I am writing a review of a book by Kathy Reichs, I will not talk about the plot in detail like I usually do. Instead, I will just assume that all of you have at some point read at least one of her books and know exactly what I am talking about. If you haven’t read the books, you may have  heard of the English Television series Bones. That is based on her books and the characters she created.

This story is wonderful and will keep the reader hooked until the very end. For all Temperence Brennan fans this is yet another treat.