About the Book: (taken from Amazon India)

So, when cancer knocks the living daylight out of you, what do you do? This book is a collection of stories of people in the age group of 17-39 who came together to recount what it’s like to be diagnosed with cancer at a young age or become caregivers to those diagnosed and how they navigated or are navigating their lives through such difficult times. Filled with raw, honest and vulnerable narratives of coping with something whose cause and outcome are mostly unclear, this book is a must read for anyone who wants to find support and have their own voices reflected in the stories of the authors.

When Saumita Banerjee from LetsAuthor Books reached out to me regarding this book, I was intrigued. The first thing that caught my attention was the title of the book ‘Don’t Ask Me How I’m Doing’. The second was the synopsis, straight, to the point and written in a way to grab your attention immediately.

Before I write about the book, I want to mention that I truly appreciate Sanjay for finding the courage and stepping up to talk about his experience and opening up the conversation about having or living with cancer. In addition, I have only the utmost respect for all the wonderful co authors (all in a specific age range as the synopsis suggests) who have stepped up to share with us their journeys and the impact cancer has had on their lives as well as that of their loved ones.

I cannot even begin to fathom what any of them or others in general have gone through but this book has given me some insight into how they or anyone might feel or react to the information of having cancer and later dealing with it. The authors are candid and even funny in some cases, bringing to us their thoughts, feelings, insecurities and finally strategies they used to cope with the diagnosis and further. This book is a testament to their strength and more than that their will to educate us all. I have learnt so much from this book and more than anything, I understand that sometimes people need time and space to find their way.

This is a book that is so much more than just people’s accounts. It is about their journey, adulting and in some ways providing a safe space for everyone. One message I came away with is that we are not alone! There is always someone who will understand you or what you are going through and it is okay to ask for help, to reach out to people! I highly recommend this book to all and please do forgive me if I have expressed anything incorrectly here! 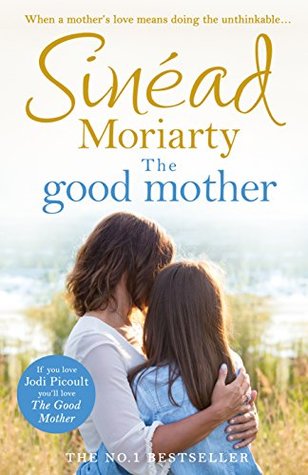 The Tales of the Zodiac is a series of books of which The Goat’s Tale is the first.  I was given this book as a complimentary copy in exchange for an honest review.

It is the distant future. Time has seen humanity rise and fall many times, seemingly  unable to learn from the mistakes of the past. Now, on the brink of another decline, twelve people step forward to change the course of destiny. Each of them has a tale  to tell…

The tales of the zodiac is a series inspired by Celtic mythology, Arthurian legend and, most importantly, astrology. Living in a time when Mother Nature has resumed control, the human race has regressed back to its feudal past. It is here, in two civilisations gripped by political intrigue and religious fanaticism, that the tales take place. We begin with Capricorn – The Goat’s Tale.

A boy of sixteen, Gruff is old beyond his years. He is a dour, dogged, determined  character driven by competitiveness and his rigid moral code. Unsurprisingly,  this attitude wins him more enemies than friends and, eventually, earns him the most powerful enemy of all – the king.

This royal enmity sets him on a quest that will change his life forever. With nothing but sheer belligerence, and the help of three fierce companions (including Cancer and Scorpio), he defies the king and ultimately achieves an unthinkable victory. Above all things, The Goat’s Tale is a tribute to the indomitable soul of the Capricorn.

‘The Goat’s Tale’ is the first in an astrology-themed series of young adult fantasy novels.

This story revolves around the zodiac sign Capricorn and through the story the author subtly brings out the characteristics of any person belonging to that zodiac sign. The author shows us both the positive and negative aspects of the goats personality through this beautifully woven story set in a time when there were kings and knights.

Sixteen year old Gruff is set on being the best at everything that he can even when it means defying the elders and competing directly against the prince. Through this, he ends up gaining the notice of the King who seems to have a taken a dislike to him. He is then tasked to take on a quest from which most people believe there is no return. This story highlights the determination and strength of the Capricorn as they are faced with danger and various life threatening situations. In addition, we are introduced to two people who end up either accompanying Gruff or later joining him. As we understand each person’s character, it is clear that the author has also introduced us to those belonging to the zodiac of Cancer and Scorpio.

This story marks the beginning of the entire series as Ser Gruff plays an important role in bringing the twelve knights together. A story where there is adventure mixed with discovery of both region and self, this is worth a read. A lot of events take place in this book and we come across many characters, some who remain until the end and some who are just passing by. However, all of them have their own importance and place and fit in seamlessly with the plot.

These people however play side roles which are however pivotal in the story. On the whole, this story lays down the path for more stories to come. This is an entertaining read that will keep the reader hooked and wanting for more.