Dahlia, a centuries-old genie, lies hopelessly trapped in a damaged golden locket charm attached to an ankle bracelet. Its owner, sixteen-year-old Liana, wears it for the first time during her father Jamison’s opening night illusion spectacular. Not only does its presence cause Jamison to folly his performance, but it also starts a chain of bizarre events that lead to a showdown with Dahlia’s mortal enemy, Stefan, and an unsuspecting romance between Liana and his son.

Matt Dallmann has a background in acting and holds a BFA from Marymount Manhattan College in New York City. His films and screenplays have been featured at film festivals across the United States including Cinequest, Big Apple Film Festival, Seattle’s True Independent Film Festival, DragonCon and Zero Independent Film Festival. His piano compositions have been published for commercial use and he is a member of ASCAP. Matt is also the Co-Founder and Vice President of the boutique medical billing firm VGA Billing Services, Inc. in New York City. He lives in New Jersey with his wife and two daughters.

Tribal Affairs is a YA novel that revolves around the lives of Dahlia, a centuries old genie, trapped in an ankle bracelet, and a sixteen year old girl, Liana. Liana wears the bracelet for the first time on the opening night of her father’s performance. Little does Liana know that this small act will have much bigger consequences.

The story is written in two different points of view, one telling Dahlia’s story through dreams that Liana has, the other are Liana’s version of the events that unfold. Matt paints a pretty informative picture of the genie world, how they live, the extent of their powers and the various tribes that exist. We also come to know of their differences in personalities and how they look upon humans.

At first it was a little difficult to catch on to the changes in narration and the sequence of events, but as the story progressed, the characters became familiar and slowly the plot started to make sense. Through all this, Liana discovers her ancestral connection to the genie’s and embarks on a journey with Taffi, a genie who turns up at her house and who claims to want to help her. It is only later that she discovers the connection between Taffi and Stefan, the person who is solely responsible for the event that set the rest in motion : the trapping of Dahlia. Additionally, Liana works to find within herself her powers and strength with the help of Taffi and her great great great great…. something grandfather, Amon.

The story is simple and a fast read. It flows easy and there isn’t anything complicated that we need to focus hard to understand. It is an interesting read and though I did not connect with some characters, Liana and Dahlia truly left an impression on me for their strength and ability to love so deeply as well as their compassion.

I would like to thank Laura Fabiani and the iRead Book Tours team for giving me this opportunity to read and enjoy this book! If you are a fan of YA fiction and genie’s and wishes being granted, do pick up this book! 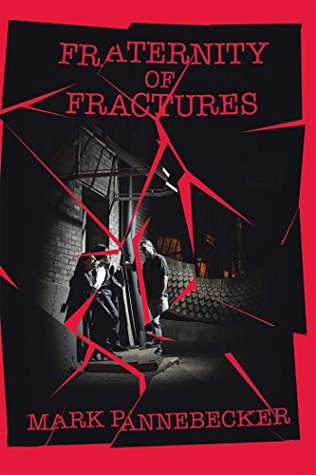 Justin Sunder and Phoenix are master cat burglars and best friends until Dylan Panicosky enters their circle of hedonism and crime. Set in the blighted city of St. Louis in the ‘80s, Fraternity of Fractures is a love triangle played out in an urban setting full of nocturnal adventures, drugs, sex, and danger, with all the players fractured in their own way.

This is a rather dark story that delves into the minds of people and shows us the ways of criminals. The author portrays crime as an art, describing it with great care and attention to detail.

Initially, it took me a while to get into the story as it was a little confusing. The style of writing is very different and the characters themselves, though clear about their lives are confusing. After a while, it became easier to settle into the story and follow the lives of the characters. There are a variety of character types in this story adding more color to the general mix and helping to setup the scenes.

One thing that stuck with me was the way the author played out the love triangle. It was masterfully crafted with a clear direction. The author does not beat around the bush and make it a messy affair. The focus on crime is the basis on which the rest of the plot is built and the turn of events eventually will give the reader the kind of closure that one can come to expect from this author’s style of writing.

An overall interesting experience, this story delivers what it set out to, with a mix of crime, romance and some dark humour thrown into the mix. It is from a rather different perspective having characters who are flawed just like we are, making it easy to relate to them and understand what makes them tick. Once you get used to the writing, and look past all the heavy description, the story is worth the read!