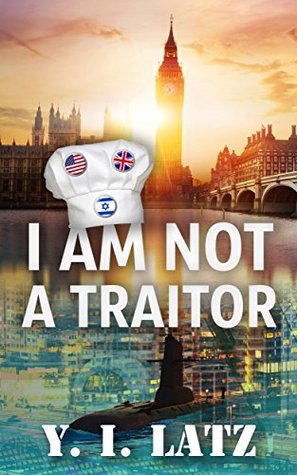 Trained in lies, a covert agent learns the truth

Veteran CIA officer, Titus Ray–on the run from the Iranian secret police–finds shelter with a group of Iranian Christians in Tehran. While urging Titus to become a believer in Jesus Christ, they manage to smuggle him out of Iran to freedom in Turkey.

Will it help him deal with his past?

Returning to the States, he discovers his Iranian mission failed because of political infighting within the Agency. In a hot-tempered outburst, he delivers a scathing indictment against the Deputy Director of Operations, and, as a result, the deputy forces Titus to take a year’s medical leave in Oklahoma.

How will it change his future?

Before leaving Langley, Virginia, Titus learns he’s been targeted by a Hezbollah assassin hired by the Iranians. Now, while trying to figure out what it means to be a follower of Christ, he must decide if the Iranian couple he meets in Norman, Oklahoma has ties to the man who’s trying to kill him, and if Nikki Saxon, a local detective with an intriguing past, can be trusted with his secrets.

Wow! I truly enjoyed reading this book to the extent that as soon as it was completed, I got the next book in the series and started reading it.

Titus Ray, a veteran CIA officer, is suddenly made aware of the meaning of religion and faith due to various circumstances. This in some ways slowly brings about changes in him. In parallel, he is forced to deal with the bureaucracy of his higher officials, which may have resulted in the failure of his mission. Titus is forced into taking medical leave due to an outburst, resulting in him moving away and facing his thoughts as well as living in a small town.

We are introduced to Nikki Saxon, a local detective, who is serious about her job and determined to see her job through. An encounter between Titus and Nikki leads to something more, something that would make Titus re-consider trusting a person. Titus also turns to faith and meets an Iranian couple at his church. A series of events are set off, bringing him and Nikki together and eventually leading to the abrupt end of his medical leave. All it took was one night, one experience, one mistake to change the course of Titus’ life.

A well- written novel, this is truly enjoyable and will take the reader on a wonderful journey. The characters are well developed and the plot is well thought out. This book ends with a strong lead to the next and will ensure that the reader will want to pick up the next and continue the journey.

I strongly recommend this book and the rest in the series. I will be writing a separate review for the next book in the series quite soon! Until then, please like, comment and share your thoughts if any.