Note: I would like to thank NetGalley for the review copy. 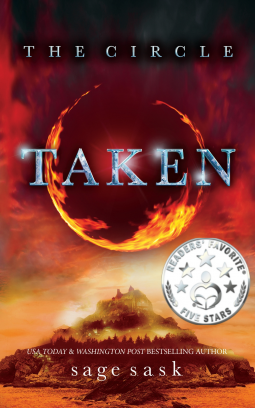 Abandoned at eleven with no memory of her family, Alexia yearns to learn her true identity. Under the new government’s regime, sixteen-year-olds are evaluated for their desire to harm others. Throughout the test, Alexia struggles to conceal her secret. Failing in her mission, Alexia is taken and must fight to prove herself to her captors.

Desperate to escape, Alexia embarks on a dangerous quest for the truth of her past. In the resulting battle between life and death, Alexia learns that sacrifice and the gift she fought to keep hidden may be her only chance for survival.

A secret unearthed, a shocking betrayal, and a moment when lives hang in the balance leaves Alexia with only one choice. Will the decision determine her destiny or end her life?

The Circle is an interesting YA Dystopian read. A major part of the plot reminded me of The Hunger Games, but the story here is well-written and the characters were easy to understand. The story is quite fast paced and if the reader does not pay attention, it is easy to miss something important.

Alexia, the protagonist, has no memory of who she is or about her family for more than 5 years. She lives at an orphanage and learns to just keep her head down and move forward. When her secret is discovered, she is sent to a secret place. Here she has to fight to prove herself, to train, all the while trying to figure out who she really is. As she navigates this world and discovers it’s secrets, we are introduced to a group of people with a very specific way of thinking.

The characters are well crafted and interesting, most in their teenage years. All of them seek to befriend Alexia for different reasons, but in the end they stand together as one group. This journey is wonderful to read about. As fast-paced as the story is, a lot happens in this book and it ends at a twist leaving the reader yearning for more. I enjoyed reading this book and am looking forward to the next book, mainly to discover what happens to Alexia. The questions of how she deals with the truth behind her identity and the consequences of her decisions will hopefully be answered in the next book! This book is worth a read for fans of dystopian YA fiction.

Title –  Becoming Assiya – The Story of the Children of War

“The Past is always in a discordant love with the present. And it is upto us to unleash its secrets, and learn from it, not repeat it.”

Becoming Assiya is the story of a misplaced Syrian refugee and her trial with a past of Blood, wounds, War, Doubt and Hatred and the troublesome Hope of a better tomorrow. The woman’s journey encompasses through the landscape of Wartime Syria, through her mother’s journal and the rebuilding of a Post War identity for a land washed with blood, and what it meant to be alive, stuck in the middle with No Identity and Struggle, two complex concepts intermingle in this book and intersect at a common point, that of finding yourself.”

Find the book on Goodreads

Simran Keshwani, 20, is a Final Year literature student at the Lady Shri Ram College for Women, University of Delhi and has been engaged in social activism. She plans on changing the world, one word at a time.

Voice Verso is  an innovative Startup that provides eBook Publishing & marketplace for authors.
Using their proprietor DIY (Do it Yourself) Drag & Drop flipbook based writing canvas, authors can interact & publish their eBooks & sell them online. If you wish to try out the platform and kickstart your eBook Publishing journey, you can request an invite

This is the first post of the new year and I wanted to share my reading goals for the same.

As many of you may be aware, I was a part of the Goodreads reading challenge for last year, having pledged to read 60 books. I am proud to share that I surpassed the goal by 5 books, managing to complete 65 books in the year.

Hence, I have decided to increase that goal a little more and am pledging to read 75 books this year!

I am confident that this can be achieved and I would like to thank all you authors out there who had helped me achieve my goal last year! It is thanks to a whole lot of you contacting me for book reviews and putting your trust in me and my blog that I am here today!

Moving on from all the mushy talk, here’s to hoping that 2017 turns out to be even better than last year!

Wishing you all a Happy New Year once again!

Noxious substances in the watershed brings a society to its knees; fracking by oil companies has taken its toll.

It is now 2036, only 24 years since the most devastating of a series of international accords, one simply known as The Agreement, set the precedent for many that followed – effectively causing the federal government to collapse into ruin and dependency on corporatist rule.

The sole purpose of The Coalition, a regulatory body created by the world-wide conglomerates that took over the governing of the country is to ensure the profitability of its corporate members.

In Yukon, Canada’s far north, a baker’s dozen of unknown, everyday people and one dog are loosely thrown together in an effort to combat The Coalition and its impact on Canadian lives and the environment.

Join Landon, Nora, Galen and the others who, through no design of their own, have become the unknown hope for Canada’s future. Will they prevail in the small jurisdiction they reside in and set the bar for the rest of Canada?

Only time will tell.

From Thine Own Well at Goodreads – https://www.goodreads.com/book/show/18387288-from-thine-own-well?ac=1

From Thine Own Well at Kobo  –http://tinyurl.com/lul7a9z

Norm Hamilton (1951- ) lived in Whitehorse, Yukon for 40 years. In December 2012 he retired and is currently on Vancouver Island with his wife, Anna, where he is meeting people and experiencing new adventures to write about. He trusts that retirement will afford him the time to delve further into his writing. This photographer, freelance writer, copy-editor, proofreader and novelist is currently enjoying Lake Cowichan, B.C.

Norm’s latest project is a novel titled, “From Thine Own Well,” a story about a dystopian Canadian society brought about by unrestricted gas fracking and irresponsible mining techniques. It all began with a FIPA agreement in 2012 that left the federal government open to lawsuits – that they lost. This book is available as a paperback on Amazon, and as an eBook on Amazon Smashwords, Kobo and other online retailers.

Norm has written one non-fiction book, “The Digital Eye.” It is a compilation of articles for people wanting to improve their photography skills or for those who want to learn digital photography. This book is available as a paperback on Amazon, and as an eBook on Amazon Smashwords, Kobo and other online retailers.

I have been reading a  lot of Dystopian fiction lately and so far I have enjoyed all of them. This book came as a pleasant change from the more serious in depth stories i have been reading. The story is well written and focuses on how the general public was able to bring about a change without having to resort to violence. This really caught my attention and kept me going. The author has paid special interest to the drawbacks of mining techniques and has beautifully explained and highlighted the relevant points.

The characters are interesting and well crafted. They have diverse interests and the way everyone comes together to fight for what they want is wonderful. For once in this story, the public is not against The Agreement and The Coalition but instead they just want to set some things right. Polluting the environment is one of those things which is against the agreement as well. The people are able to make a valid case and bring their points across to everyone else and the government.

I really enjoyed reading this book. I am quite sure that fans of dystopian fiction will enjoy this and those who have not yet ventured into this genre give this book a chance.