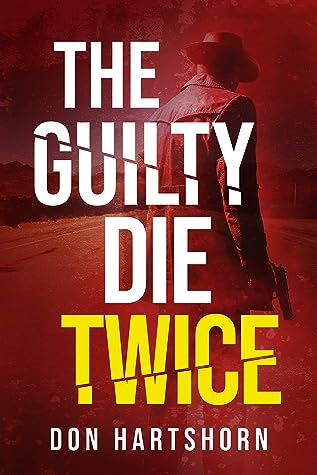 Ten years ago, a capital murder case in the heart of Texas split the Lynch family in two. Now, estranged lawyer brothers Travis and Jake Lynch find themselves on opposing sides of the courtroom in a high-profile, grisly double murder case—with another accused criminal’s life on the line. Conscience-stricken Travis left his high-powered law firm to become a public defender, while bullish Jake rose to become District Attorney. The case pits brother against brother in a contest of wits, wills, and legal savvy that will shake the justice system to its core: both Lynches are convinced they’re in the right, but the truth turns out to be more complicated—and deadly—than either could have possibly imagined.

A drug deal double-cross turns lethal, leaving two corpses and one victim paralyzed for life. The victim never saw the gunman, but he knows one name: Sam Park. Travis defended Sam’s brother years before, and his heart won’t let him turn down the case, even knowing it’ll bring him face-to-face with Jake after ten years of cold silence. Jake, meanwhile, runs afoul of the Austin political machine and needs a high-profile conviction to win a tough upcoming election. And Sam, the star witness and prime suspect, won’t talk—not to Travis, and certainly not to the high-and-mighty DA—and time is running out.

Can these feuding brothers put aside a decade of enmity in the name of true justice? Or will the truth of what really happened that bloody night go to the grave with Sam Park?

I was offered a free copy of this book in exchange for an honest review.

The premise of the book intrigued me and thus I picked it up to read. The story follows estranged lawyer brother’s Travis and Jake Lynch as they navigate their separate worlds, having parted ways ten years ago. The story is told from each of their perspectives interspersed with flashbacks to the incident from ten years ago.

Though the book’s premise seems to promise an interesting case involving a double murder and the brother’s on opposite ends, the story focuses more and more on their relationship and dynamics. We see very little of the investigation, trial preparation and somewhere along the line, the truth behind the murders is revealed. The main focus is on the brother’s and whether they can put aside their differences to work together and bring about a change.

The story is well-written, the family dynamics are well explained, but the characters are not wholly developed. There always seems to be something lacking in them. There are many elements to the story where the reader is not given a lot of background. Some incidents just happen and we have to accept them without enough explanation as to why they happened in the first place. All this however, is not a major deterrent. Though it takes some effort to get through, the book is definitely worth a one time read.