A football star and a single mom…

Teach each other to trust again

To impress the executives buying her app, Nichole Moore enlists the help of old friend and pro quarterback Chase Jacobs. A pretend marriage is the perfect ruse: Chase’s celebrity status will impress the executives, while likable, hardworking Nichole could fix his fading career. But as their fake relationship plays out under the glare of the public eye, Nichole realizes her feelings might be the real deal…

Cari Lynn Webb lives in South Carolina with her husband, daughters and assorted four-legged family members. She’s been blessed to see the power of true love in her grandparent’s 70 year marriage and her parent’s marriage of over 50 years. She knows love isn’t always sweet and perfect, it can be challenging, complicated and risky. But she believes happily-ever-afters are worth fighting for. She loves to connect with readers. Visit her at her website.

One winner will receive a $50 Amazon gift card and the Return of the Blackwell Brothers Continuity Series with a book tote bag. (5 Print Books & tote bag to US Residents only, E-copies to anyone outside the US).

Gretchen Holloway, in her final year of graduate school, is in the throes of auditioning actors for her thesis film, inspired by a murdered young football star who has haunted her dreams for two years. Gretchen believes making the movie will be cathartic. But instead of freeing her, embarking upon the film production unleashes a sequence of events that lead Gretchen to conclude that she’s the reincarnation of the young man.

Regina Wilson has always wanted to be an actress. When her agent gets her an audition for a role in Gretchen’s film, which eerily mirrors one of the worst events of her life—the unsolved murder of her older brother, Robert—she’s hard-pressed to go through with it. Upon fleeing, she leaves behind a keepsake that features Robert’s photo. Gretchen sees the picture and recognizes Robert from her dreams. She tracks down Regina, and after being rebuffed and called crazy, Gretchen’s unexplainable knowledge of events in Robert’s life eventually convinces Regina that Gretchen is Robert reincarnated.

The two decide to have his case reopened, but their significant others are dead set against it, and the police, who believe that Robert’s death was gang-related, are less than cooperative. However, Gretchen is desperate to get justice for her former self, and Regina wants justice for her brother. The women piece together the final week of Robert’s life. And the deeper they delve into his past; one shocking revelation follows another, leaving them wondering who they can trust and if they’ll live long enough to find Robert’s killer and bring him to justice.

Note: I was provided with a copy of the book in exchange for an honest review.

This book brings to the reader the concept of re-birth or re-incarnation. The plot is intriguing whereby the protagonist has dreams of someone who was murdered. Initially, she is not aware that it is about a real person and she embarks on a journey to turn these dreams into a film.

The story follows Gretchen as her path crosses with Regina, Robert’s sister. At first resistant to the whole concept, Regina starts to believe that Gretchen might be able to uncover and solve the mystery behind her brother’s death. The story is well thought out, but at times it seems a little stretched. At times it was even difficult to connect to the main protagonist, but it becomes easier as we progress through the book. Her strong sense of justice and the need to help prevail.

Overall this book is a decent read depending on the tastes of the reader! 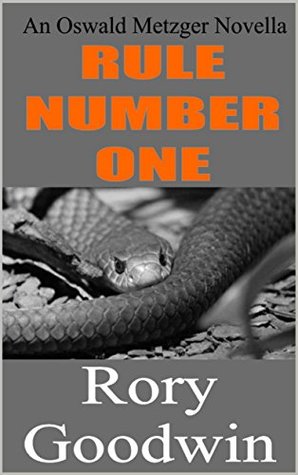