Disclaimer: I was provided with a complimentary copy of this book in exchange for an honest review.

“I wake up in the middle of the night sometimes and see him standing at the foot of the bed, staring at me. Some nights I don’t think he sleeps at all.”

Ashley Preston has a problem. Her husband Nick has fallen victim to a mysterious illness, alternating between bizarre physical symptoms for which doctors cannot determine a cause and alarming personality changes which have Ashley fearing not just for Nick’s health but for her own safety as well. Desperate to save her husband, she turns to the only person she believes can help her: Damian Fuentes.

Ashley knows Damian’s family has dabbled in some kind of dark magic over the years. She also knows that when Nick was ten years old, Damian’s grandfather performed a strange ritual on him. Convinced that this ritual is at the root of her husband’s problem, Ashley begs Damian to delve into the Fuentes family’s darkest secrets in search of a cure. But Damian has spent the past five years trying to distance himself from his family and his traumatic past. Helping Ashley will mean resurrecting the long-dead ghosts of his most disturbing memories. If he saves Nick he may very well lose himself.

The story starts off rather weirdly, and it gave me an impression that I was supposed to know some of the background already. It took me a while to actually figure out what was going on. Slightly eerie, some parts of the story may give you the creeps. The author takes time to properly introduce the characters’ backgrounds, plunging us into the story directly and then developing from there.

As the story progresses, the reader will enter the realm of the supernatural like never before. It goes further than what the author portrayed in Amelia’s Children. Encouraged by that book, I plowed on through this one and am glad that I did. There is more to this story than meets the eye. The characters are dark, there is a lot of bad things happening and the author does not hold back with the death and gore. She lets loose completely and with a highly built up climax, she gives us a shattering end that I assume many will not expect.

The author does not hesitate to experiment with her characters and doesn’t go for the cliched alls well that ends well kind of plot. The author draws heavily on the emotions of the readers through her characters, bringing out their inner desires and feelings. We hurt and heal with them and also embark on a journey of shared experiences. With hidden truths and half truths coming to light, all bonds of friendship, trust and love are tested.

Overall this is a decent read, with a mixture of twists, thrills and some minor cliches thrown in. I must warn you however, that kind of story is not for the faintest of hearts! 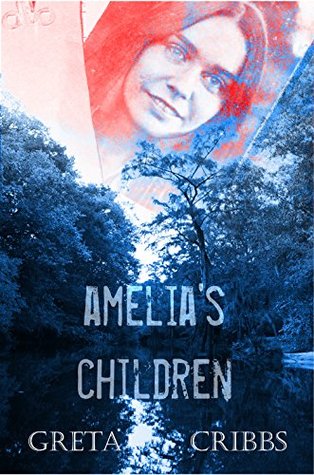