I’m back with book 2 in the series, the continuation of the story and it is mega! Read on to know more about the book and what I thought about it. 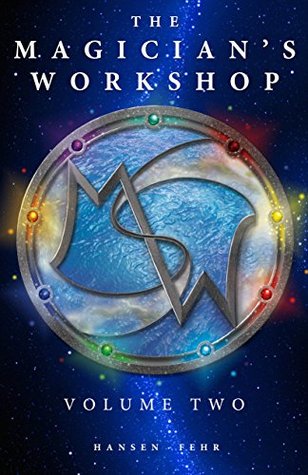 Return to the world of The Magician’s Workshop: Where Dreams Become Reality.

In Volume Two, the Festival of Stars has finally arrived, and the Color Ceremony is about to commence. As children from all over the islands gather to stand before a puller, one question remains: who will have a Color, and who will be found void?

Rejoin your favorite characters as they step forward and receive a label that will have the power to dramatically alter the course of their lives forever.

Where the first book was light-hearted with the focus on introducing us to the world and characters, the second book takes the story ahead more seriously. A shift in the direction of the plot adds more to the magic of this series.The declaration of whether our characters have color in them or not is finally given out.

It’s interesting how parallels are drawn between the colors and personality traits. We are shown how people change when color is discovered in them as well as when it isn’t. The distinctions cast between having color and being void is indeed quite unfair. The pressure on the children to have something in them is immense and with high expectations, sometimes it is easy to lose one’s own individuality and identity. It becomes difficult to read about the characters and how they feel throughout this ordeal. Family bonds, friendships and even relationships are strained through this adding to the already declining morale. This is the kind of coming of age idea where after the color ceremony, the children are considered to have “grown up” or are adults. It is a freaky concept, one that can create or destroy a person and the bonds they share with those around them. The harsh rules and manner in which they are enforced do not make it any easier.

The Master Magician turns up with words of encouragement along the lines of color, no color, it doesn’t matter, but to accept all anyway. This comes across as a surprise and a rather new concept to everyone who think that the ultimate goal is to be found with color and then to train to get into the magician’s workshop. No-one seems to know or understand the hardships that it entails or even those that follow this kind of dream. There also seems to be an underlying sub plot to change how things are perceived in the islands for so many years. We meet some rather interesting older characters who though briefly introduced in Book 1, have more importance in this and probably further on. There is talk of how everyone should be equal irrespective of whether they have color in them and this seems to threaten a lot of people. This is a difficult idea to change and would take a lot of work.

Now that everyone has found out their place (it feels harsh to write it this way, but I cannot think of another way of articulating this), it’s time to move further, to train, to find new goals and to deal with the next stage of life. The authors slowly emphasize the importance of two characters, Kai and Layauna, and the story slowly shifts focus with more of the later chapters written from their points of view. Coming out with the kind of colors they have, it will give us a sense that the tests that life will throw at these two will be harder and that they will need all the help and support from their friends and family. It is also clear that now, having been declared as adults, our beloved characters cannot let their guards down and need to be careful about whom they trust.

This book continues on in chapters from where the previous left off. The authors flawlessly craft the story to take us further and draw us in. They maintain the playfulness and style of expression which is quite refreshing and enhance the concepts and story. It is easy to experience everything with the characters and this is one of the main things that drew my attention.The style of writing, the description about each projection only add to the soaring imagination of the reader. A wonderful feat achieved successfully by the authors. Kudos to the work they have done and the time they have spent in creating this world.

It has been a while since reading Harry Potter, that a series in this genre has kept me hooked. I will say it again and again that this is one mega awesome read! Keep projecting and I hope that the next book comes out soon.

I was provided with a free copy of the book by Wondertale in exchange for an honest and magical review! “It’s going to be mega” is what I was promised and it definitely is mega! Read on to know more about the book (first in a series) followed by my thoughts! 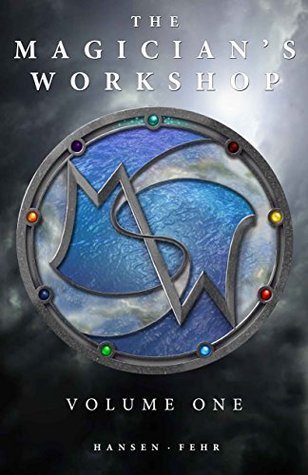 Everyone in the islands of O’Ceea has a magical ability: whatever they imagine can be brought into existence. Whoever becomes a master over these powers is granted the title of magician and is given fame, power, riches, and glory. This volume of books follows the journey of a group of kids as they strive to rise to the top and become members of the Magician’s Workshop.

Layauna desperately wants to create beautiful things with her magical powers, but all she can seem to do is make horrible, savage monsters. For years she has tried to hide her creations, but when her power is at last discovered by a great magician, she realizes that what she’s tried to hide might actually be of tremendous value.

Kai just wants to use his powers to have fun and play with his friends. Unfortunately, nearly everyone on his island sees him as a bad influence, so he’s forced to meet them in secret. When one of the creatures they create gets out of control and starts flinging fireballs at their town, Kai is tempted to believe that he is as nefarious as people say. However, his prospects change when two mysterious visitors arrive, praising his ability and making extraordinary promises about his future.

Follow the adventures of Kai, Layauna, and a boatload of other characters as they struggle to grow up well in this fantastical world.

Whoo whoo whooosh! That’s how the story flowed and finished in a flash of color, before I could find my bearings and return to the surface!

A wonderfully written story of a world where everyone has magic and can do magic, the authors take it one step further into the world of augmented reality. We are introduced to a myriad of people, both old and young and follow them on their various journeys. This book, the first in the series, is mainly an introduction. We are given a glimpse into the islands of O’Ceea and it’s inhabitants, their lifestyles and personalities.

The story is well written and though initially it may seem a tiny bit confusing, everything starts to make sense after a while. There are vivid descriptions that inspire the reader to imagine even further than what the authors have already shown us. The concept of projections and the fact that it forms the basis of the plot line makes this idea all the more interesting. It forces us to draw on our imagination and experience a new kind of high while reading. Just imagine being able to create anything that you can think of, make something you dislike taste or smell or even look better! So much fun! As everyone in O’Ceea say, it’s mega!

The authors introduce many characters, children around the age of 16 mainly, who are on the verge of being “tested” to find out whether they have “color” in them or are “void”. These terms will start to make sense once you read the book! As we meet each character and get to know them, the authors prepare us to embark on a journey that will see these characters traverse through their lives on the paths they are destined for. They are well-developed and many have a complex past with a lot of ups and downs. Each one has their own experiences and talents to speak of. With everyone in this world being able to do even a basic form of magic, it becomes rather interesting to see where the authors take us with this concept. It comes across as a story of growing up, moving forward in life no matter what is thrown at you as well as following your dreams among others.

The story ends rather abruptly, ensuring that once this is finished, the reader will be left wanting for more. Having been given just a taste of the magic, the reader is left hoping for more and more. I really enjoyed this book and will stop my vague review here to avoid jumping into plot explanations and revelations. So jump right in to experience a new kind of magic! Definitely worth the read and will leave you craving for more and more and more!