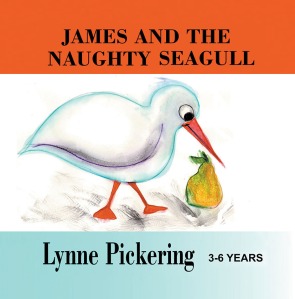 James and the Naughty Seagull

This wonderful children’s book series about a bear and a bird was written and illustrated by Lynne Pickering, who says, “It was enjoyable to paint this cute little shaggy bear and his adventures with this naughty seagull. The characters took on a life of their own once I painted them.”

James and the Naughty Seagull, the first children’s story in the series, introduces James, the smallest of the three bears in his family. He tells tall tales to get attention, so no one believes anything he says. When he really does have an adventure with a naughty seagull, no one believes him until the seagull is injured. It is up to James to save the bird!

The author says, “We owned a childcare center for nine years and there were some children with behavioral problems. I often found if manners and examples of Good Samaritan deeds were explained in a story concerning animals, the children often took notice and an improvement could be seen.”

James and the Jealous, Naughty Seagull

James is a little bear in a family of five. In James and the Jealous, Naughty Seagull, he saves a seagull with a broken wing and it now lives with him. James wants to play ball, but the seagull is far too small, so James’s father buys him a puppy called Jim.

Jim has a kind nature, but he is getting most of James’s attention now and the seagull has become jealous. She tries all types of tricks to get Jim in big trouble. One day a neighbor’s cat was sizing the seagull up for a tasty meal, when Jim came through like a super dog and rescued the seagull from the jaws of death.

From that time on they became friends. As James’s mother says, “It pays to have friends. You never know when you may need them.”

This wonderful children’s story with a message shows just how harmful jealousy can be, and is another in the James and the Naughty Seagull series. 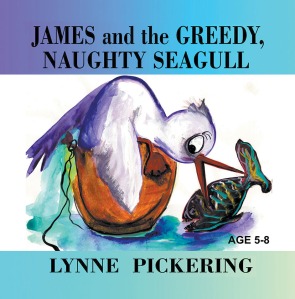 James and the Greedy, Naughty Seagull

James is a little bear who happens to save a seagull that has some behavioral problems.

One day James goes fishing with the seagull. James is disappointed by the bird’s display of greed, when she eats nearly all his catch.

James replaces the fish by spending his pocket money to buy fish for the family’s dinner. Even though the naughty seagull was greedy, the bear decides to give the bird a second chance.

When the seagull is disciplined for her bad manners, James’s mother rewards him for his generosity and unselfishness. This heart-warming children’s story teaches the difference between greed and unselfishness, and is another in the James and the Naughty Seagull series.

Writing for children is truly an art. You have to get the right story and write in the simplest way to keep their attention all the while ensuring that they understand what they are reading. Lynne Pickering has succeeded in this with her book James and the Naughty Seagull, James and the Jealous Naughty Seagull and James and the Greedy, Naughty Seagull. These three books, aimed at children in the age group of 3-8 years is really fun and their simple stories will definitely keep children interested.

The stories are accompanied by wonderful illustrations at all the correct places which will help children understand what they are reading better. They can relate to the story through these illustrations. The best thing is at the end of the books are some questions which will encourage the children to think of what they read and try to remember.

Through the 3 books, the author brings out the consequences of being jealous and greedy. She also conveys that being nice to someone and helping them is a good thing to do. The messages in the stories are clear and have been brought out really well.