Kadence, a new type of implanted defibrillator, misfires in a patient visiting University Hospital for a routine medical procedure—causing the heart rhythm problem it’s meant to correct. Dr. Kate Downey, an experienced anesthesiologist, resuscitates the patient, but she grows concerned for a loved one who recently received the same device—her beloved Great-Aunt Irm.

When a second device misfires, Kate turns to Nikki Yarborough, her friend and Aunt Irm’s cardiologist. Though Nikki helps protect Kate’s aunt, she is prevented from alerting other patients by the corporate greed of her department chairman. As the inventor of the device and part owner of MDI, the company he formed to commercialize it, he claims that the device misfires are due to a soon-to-be-corrected software bug. Kate learns his claim is false.

The misfires continue as Christian O’Donnell, a friend and lawyer, comes to town to facilitate the sale of MDI. Kate and Nikki are drawn into a race to find the source of the malfunctions, but threats to Nikki and a mysterious murder complicate their progress. Are the seemingly random shocks misfires, or are they attacks?

A jaw-dropping twist causes her to rethink everything she once thought she knew, but Kate will stop at nothing to protect her aunt and the other patients whose life-saving devices could turn on them at any moment.

Tammy Euliano writes medical thrillers. She’s inspired by her day job as a physician, researcher and medical educator. She is a tenured professor at the University of Florida, where she’s been honored with numerous teaching awards, nearly 100,000 views of her YouTube teaching videos, and was featured in a calendar of women inventors (copies available wherever you buy your out-of-date calendars).

When she’s not writing or at the hospital, she enjoys traveling with her family, playing sports, cheering on the Gators, and entertaining her two wonderful dogs.

I am participating in the blog tour conducted by Author Marketing Experts for Misfire by author Tammy Euliano. It’s my stop on the tour today and I am so grateful for the chance to have read this book!

This is the second book in the medical thriller series. The story follows Kate, Nikki and Christian in a brand new plot related to supposedly faulty defibrillators. These are a new kind and have recently been implanted in patients but are misfiring (hence the title I guess) and there seem to be issues. We follow the characters as they navigate this plot and try to find out why this is happening and how to stop it. I also loved reading about Aunt Irm. She was one character whom I absolutely loved reading about and I enjoyed her interactions with the other characters the most!

I have not yet read the first book and so some of the background was not very clear to me. It took me some time to understand the characters and their connections or the relationships they have with one another. However, this did not take away from the plot and I was still able to read this book as a stand alone and enjoy it. The plot starts of quit slowly initially which makes for slow reading. But as we progress, the plot thickens and it is indeed a race against time to solve the mystery. The author has written the story well and simplified the medical terms for us to understand. This made it even more easy to read the book and understand what was happening.

The story is full of twists and turns and I quite enjoyed reading it! I am definitely going to go back and pick up Book 1 soon! 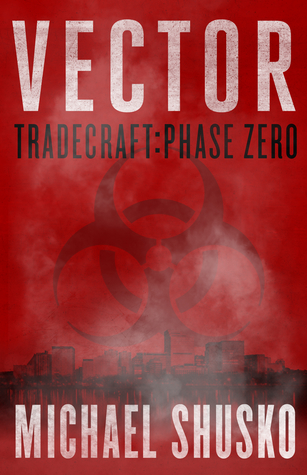