Books in the series:

Book 4: Once Upon A [Hidden] Time (Upcoming)

Book 5: Once Upon A [Chosen] Time (Upcoming) 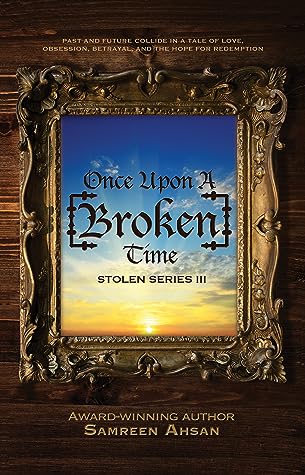 This is book 3 of [STOLEN] SERIES

‘Love doesn’t need someone’s consent or approval. It is as inevitable as life and death…. But never in my wildest dreams had I imagined loving someone so deeply and immeasurably.’ – Myra

This book picks up where the previous one left off. Now that Myra has come back and decided to stay, she is forced to deal with both Prince Edward, the man she loves and the King, his father. Torn between her loyalty towards Edward and her need to be careful in front of the King, Myra is walking a very fine line towards trouble. The story follows her journey as she navigates this world, her scenes with Edward are heart-warming and filled with love.

The author shows us different perspectives, brining the various characters to life. We follow the story from Edward’s point of view as he struggles to hide his true feeling towards Myra from his father. He tries to protect her and also handle the fact that she has travelled through time to be with him. We also learn about steve, Myra’s fiance in 2015 and the one behind the company Excalibur that is coming out with the game: Once Upon A [Stolen] Time, purely based on Myra’s experiences and narration.

It was a pleasure to read about so many characters and their different perspectives which bring Hue castle to life, both in 1415 and 2015. This story is well-written and gripping. It is a must read for fans of this series and romance in general! Readers are in for a treat with this continuation of the [Stolen] series, filled with the right amount of intrigue and romance to keep them hooked until the end.

I truly enjoyed this book and as a fan of the series and Samreen Ahsan’s writing, I must admit that I am now eagerly looking forward to the next book! I do hope Myra breaks the curse and they find their happy ever after in this intriguing Beauty and the Beast retelling!