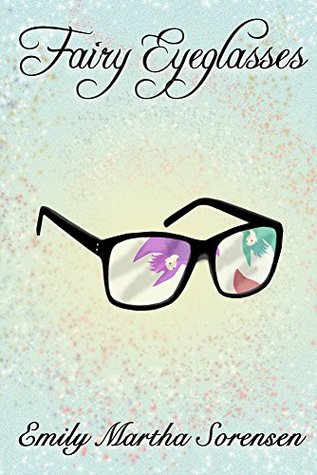 When Cassie finds a magic pair of glasses that allow her to see fairies, she has to figure out where they came from . . . and what the fairies want her to do with them.

I got this short story for free and it proved to be a fairly quick and fun read. Written in simple language, easily understandable by children, the author brings us a story of Eyeglasses that allow the protagonist to see Fairies when she wears them. The author also introduces us to Cassie’s parents and show us that when the child turns to her parents with her dilemma, they come forward with understanding instead of turning her away. There are also some lessons as a part of the story in this that children can learn from, including the primary colors of art and light, their differences and the encouragement for children to ask questions and learn.

Even though this is a short story for children, I enjoyed it immensely and thought it was quite fun. The fairies are well described and children will love them. Moreover, the simplicity of the plot and the point of the Eyeglasses prove to be captivating. 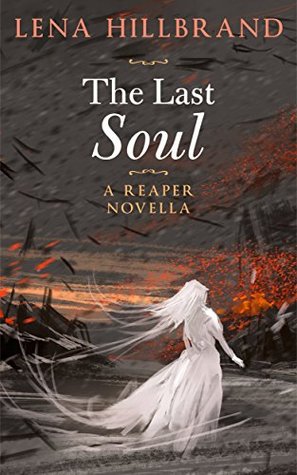 A nameless reaper finds the last living human and harvests his soul for her master, expecting the reward he promised–freedom. But Lucifer is a clever master, one who isn’t ready to let a subject regain free will easily. The reaper’s only hope is to find the angel who witnessed the harvesting and convince him to testify on her behalf. Without proof, she is at the mercy of Lucifer, and at risk of spending eternity in the depths of her own personal hell.

This is a short Novella which portrays heaven and hell in a different way. It is well written but took me a while to completely understand the context and characters. There are abrupt jumps or shifts in situations and character discussions. This makes it difficult to understand and may serve as a deterrent to reading this. The story talks of angels and reapers, and how Lucifer controls the reapers, focusing on finding and harvesting the last living soul on Earth. However, looking past the small flaws, this story is written in a fresh new perspective which makes it worth a try, especially since it is a very short story.

I came across this book by chance. It is a short story and is not officially available on any site for download or purchase. The author has made it available to all those who sign-up for her reader’s list. I strongly urge you all to do the same since you’re in for a delightful read.

A delightful short story, the reader is in for a quick roller coaster ride. As recommended by the author, it would be better to read this story after reading Gingerbread Man the first book in A Nursery Rhyme Suspense series. However, I managed to gauge the concept and obtain a rough idea about the characters while reading this book. I truly enjoyed myself and the ease with which our characters brought down the bad guys. I strongly recommend everyone to take this chance to avail the free book and enjoy it as much as I did.

I have been quite fortunate to get a chance to connect with and collaborate with Juggernaut.

I was given a free copy of this book, published by them in exchange for an honest review. Read on to know my thoughts.

(Taken from the blurb mentioned on the app)

Bollywood superstar Junaid Kapoor is in deep trouble. Ex-wife Neha is not happy with the alimony settlement. She is threatening to release photographs of JK with his mystery lover.

This book is around 60 pages and is a very quick read. The story revolves around Junaid Kapoor, a Bollywood superstar, recently divorced and trying to ensure that his wife doesn’t release some photographs that she has of him with his mystery lover. The story jumps right in with Junaid meeting our protagonist, the lady who will make all this go away and ensure that his ex-wife has nothing to threaten him with.

The story is written in the typical style of a Bollywood film, but is lacking in substance. For a short story, it is thorough, but there is not enough information anywhere about any of the characters. The author’s style of writing is good and flows well, but the characters are not developed enough. Everything just seems to happen and fall into place so easily. Quite frankly, however good you are, things are not this easy in reality. This put me off the book a little and was the reason that I did not enjoy it a lot.

Overall, this can be read while taking a break from work or having a bite to eat. It has some elements of entertainment that will keep the reader momentarily entertained.

I was provided with a complimentary copy of the book in exchange for an honest review. Find below my thoughts on this book and this new format.

As mentioned above, this book was provided as a free copy in exchange for an honest review. I am planning to break this review into two parts – one about the format, and the other about the actual plot.

The BookShots format:  As you all may already know, or if not read on anyway, BookShots is a new venture where the book written will be a complete story in under 150 pages. I must admit that the idea is interesting and after reading the book in under 2 hours, it was a hit with me. I love the fact that the story is short and the book small enough to be carried in your handbag! 😛

As for the plot, the famous Alex Cross is back in a short, fast paced adventure where he has to confront a villain from his past, someone he thought to be dead. The story is well written and the author does not once deviate from the main plot. It is clear that the characters are known and not much background details are provided. Short, crisp and to the point are words I would use to describe this story. What was most pleasing as that the pace never wavered and the author managed to ensure that the reader is in for a roller-coaster ride.

In keeping with the new format, I have decided to keep my review short as well. There’s not much else to say without revealing the entire story itself. Read on and do share your thoughts with us.

This novella tells of a time when Bernie was twelve years old, and a young goddess was lost.

The gods searched everywhere for her – except the woods.  Readers familiar with Bernie’s world know the gods are terribly afraid to venture there.

Bernie alone was willing to make that search, and, naturally, he sought the help of his two friends, Suzie and Lenny.  So, with no more pre-planning than any other 12-year-olds, they set off on the adventure of their lives.

How best to describe an author who writes humorous fantasy?

Do we tell of bookshelves full of fantasy, science fiction, and paranormal books, his love of mythology, or the years he spent as dungeon master? Or is it more important to know his favorite player-character was a chaotic-good elven fighter-mage? And what about that stack of old comic books he never seems to get rid of?

There’s a serious side, too. The other half of his bookshelf bulges with titles on management, marketing, computer programming, and financial analysis. What about his years as a hospital president, the many businesses he created, or the time he spent in board rooms? What about his early years counseling drug addicts, or his years as a stock trader?

Is there a pattern to his travels around the world? Why choose places like King Arthur’s Camelot, the Temple of Delphi, Buddha’s Tree of Enlightenment, China’s Forbidden City, or the Great Pyramids of Egypt? What is he seeking?

And what does this have to do with writing good fantasy?

Perhaps it’s this dichotomy within Steve that makes The Universe Builders such a delightful story with such serious undertones.

This novella is set in the time before The Universe Builders. In this story, Bernie, our famous and most loved god (those who have previously read The Universe Builders may understand my sentiments) is but a 12 year old boy, still in God school. When a young goddess goes missing, it’s left to Bernie to find and save her.

The story is short and to the point. However, it serves to give us an insight into the world and characters, making it easier to understand how Bernie, Suzie and Lenny end up as friends. A lot of the character and people dynamics is well explained. Those who have already read the main story will know that the woods are a place where no Gods dare venture. Bernie has spent many a days exploring some of it and thus knows that area better than most. When he offers to help, it is turned down and a dejected Bernie decides to take matters into his own hands. Accompanied by his soon to be best friends, he sets out on a mini adventure, all the time trying to control his mischievous cloud.

This is a wonderful short story and can be read before or after The Universe Builders. The order will not matter much, but this novella does lend some clarity to the world and people Steve has created. As usual Bernie’s adventure and the trials the face on the journey are fun to read about.

Curses is a young black cat, who more than anything wants to become a witch’s cat just like his parents. Join him as he and his friends work to achieve their dreams while learning what is truly important.

This is a short story aimed at children in the age group 1-10. It is a fun story about a young cat name Curses who wants to grow up and become a witch’s cat like his parents. However, to be a witch’s cat, the cat should be all black. Curses has a small white spot on his chest. On learning about this rule he becomes disheartened and sad. This story is about how he ends up being selected by a witch herself. There is a lesson to learn at the end of the story. There are illustrations to accompany the story. This story will make a good bedtime story and the pictures will keep the children interested. A lovely story that is a pleasure to read and be read out.