Darya was meant to be in Mumbai for two months. No more.
It was going to be an ordinary study break. Just that.
Except things didn’t go according to plan.

The year before, Darya accidentally solved the mystery of her uncle’s untimely death in Goa. A year later, she finds herself embroiled in another bizarre mystery: this time at Mumbai’s quirky Chapel Road.

Darya had thought Chapel Road in Bandra was a quaint little lane when she’d decided to rent there. But she soon realizes a tragic mystery is lurking behind its peculiar charm. Three women have disappeared in the past three years, purportedly murdered by a serial killer. No dead bodies have been found and he has never been caught. And now it’s that time of year again. Who will be next?

At first, Darya is only concerned about her creepy landlords, her reticent neighbours, and her temperamental roommate and best friend, Veda. But when one of the missing girls winds up dead in a hotel room, and her roommate, Veda, disappears, Darya is spurred to find out what’s really going on.

But what if it was her life, actually, that was most in danger?

**THE SECRET ANGELS is the second book in the Darya Nandkarni Misadventure series, after KISS OF SALT**

Smita Bhattacharya works as a management consultant and lives in Mumbai. Her short stories have appeared in numerous Indian and international publications. Her books rank among the top Asian Literature & Fiction on Amazon. Strong female protagonists and Agatha Christie-style whodunits are her forte. Smita thrives on crime and coffee. Though she prefers cafés, she occasionally also hangs on Twitter and Instagram @smitabe.

This is the second book in the Darya Nandkarni Misadventure series and the second book by Smita that I have read. To be honest, I have been reading the books in the reverse order (I read Who Threw Draco Down the Chimney? first), but I have still enjoyed the books so far.

In short, I would describe this book as unputdownable and intriguing!

Now on to a slightly more detailed review… 🙂

The Secret Angels is a slow-burn atmospheric mystery that takes place in Mumbai. Darya and her friend are staying there for two months and get embroiled in the mystery surrounding the street they are staying at. Three girls from the area have mysteriously disappeared over the last few years and nobody know where they are or whether they are alive. However, when one of them turns up dead, warnings flags are raised in Darya’s mind. Something fishy is going on and she feels the urge to find out what it is before someone else gets hurt.

The characters are wonderfully detailed and well thought-out. Darya has so many layers to her personality that make her immediately likeable and interesting. Veda, her best friend, is a contrast in personality is a welcome addition in portraying the subtle differences in the characters. I also enjoyed reading about the landlords of the villa at which Darya was staying.

Smita has a way with words that draws you in and keeps you reading until the very end. This is a fascinating story filled with the right amount of mystique to keep the reader hooked. As the plot thickens and the story unravels, we discover so many unexpected twists! I whole heartedly recommend this series by Smita (even though I am yet to read the first book in the series, which is now on my TBR and in keeping with my reverse read system for these books 😛 ) for all the mystery lovers out there! 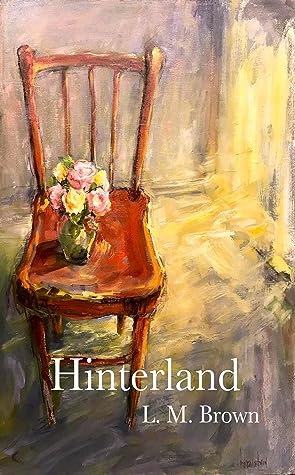