Sabeara Aigoviel, princess of Aveladon, wants nothing more than for her heart to glow. The Stone-Hearted power that is received at the age of eighteen is her ultimate wish. With a grim curse looming over the realm and a neighboring kingdoms conspiring plans, contentions arise. Moments of danger summon evil forces, sending Sabeara into a whirlwind of adventure, captivity, and even love.
Rescued by a handsome stranger in a brown cloak, they navigate the kingdoms to bring her safely home. When her rescuer arrives betrothed to her beloved older sister weeks later, it is all she can do to erase their memories. Will Sabeara be able to defeat the curse on the Stone-Hearted race? And will she be able to forget the memories of her epic ventures with her cloaked rescuer?

Granted is Book 1 in a refreshing new tale that follows Sabeara, princess of Aveladon as she navigates her life in the Kingdom and outside it. A rebel at heart and wanting nothing more than to be Stone-Hearted, Sabeara has a restless need to escape and do more than what she does inside the Castle. She wants to restore peace to the Kingdom. Her father, the King is barely there, dealing with the grief of her mother’s death and a lot of the decisions to take fall on her older sister Jasper.

I love how the sisters have a very strong bond and are supportive of each other. In this first book, we follow Sabeara’s journey as she gets kidnapped by Obscurum soldiers and is then rescued by a very handsome stranger, Mid. As they navigate their way back to Aveladon, we follow along on an adventure filled with obstacles, new friends, new enemies and a budding romance, the reader is in for a treat! Little do they know that there would be further obstacles to their romance and secrets that reveal who they are which changes a lot of things the readers initially thought they knew.

I liked the concept of the Stone-Hearted, having different kinds of powers, reading about a supposed curse and how to end it. The author has brought to us a whole new fantasy world that is well thought out. The story is rich in descriptions and character building with likeable characters who add a lot of new dimensions to the plot.

I loved this book and am definitely looking forward to reading more of this series! This is definitely worth the read! 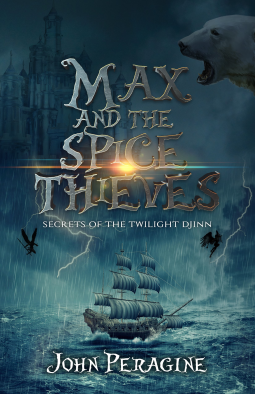 When his mother goes missing, Max Daybreaker’s world is turned upside down. Luckily, a crew of Spice Pirates, led by the mysterious Captain Cinn, help Max on his dangerous mission across the three seas.

Along the way, an unlikely alliance aids in his search—a teenage warrior queen, a three-eyed seer, and an assassin spy.

Their journey takes them through treacherous lands while facing shapeshifting bears, an ancient witch, harpies, and the nightmarish Djinn, who will stop at nothing to enslave the world.

With every new challenge, Max unlocks the secrets of his unsettling past. Powers awaken within, forcing him to question everything he knows.

Is Max who he thinks he is? Only time and destiny will tell…

A huge thank you to NetGalley and Crumblebee Books for providing me with a copy of this book.

Max and the Spice Thieves is a refreshing read in the Middle Grade fiction Genre!

The story follows Max as he meets a crew of Spice Pirates from the Saucy Pig while looking for his mother. There is something about Max that draws people to him and of course some of the people we meet along the way have either promised his mother or his father that they will protect him. As Max sets out on a perilous journey in search of his mother, the author introduces us to a myriad of interesting characters who only add more flavor to the story.

I thoroughly enjoyed watching Max as he learns to take control and grow up. He learns to work with people and bring them together. We slowly come to know about his magic and as the story progresses, through twists and turns we come to know the truth behind the complete plot.

Throw in pirates, magic, Djinns and Snow Bears and we have a wonderful mix for this story. It is fast paced and well written, keeping both children and adults hooked onto it. This is one book that I will whole heartedly recommend and I cannot wait to read the next book! Max’s adventures are worth reading about! 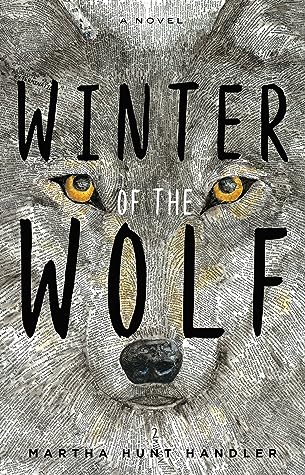