The author is planning to give away 10,000 copies of The Exile. The codes to download the book for free from smashwords is provided below. There is also a code available to get a 33% discount on the second book in the series.

Stones of Power is a clean Fantasy Adventure series, that is geared to YA readers. It follows four boys as they make their journey into manhood in a world of magic. It’s a fantastic epic adventure and now through the month of June you can get it for free, and share it for free as a special gift to your blog followers. 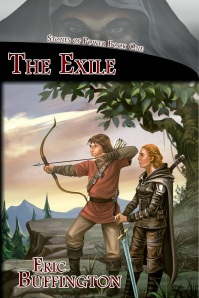 Stones of Power: #1 The Exile

In a world where each person is born with a magic ability, the island of Denall is on the verge of an attack from a power hungry sorcerer, Mordyar, as he scours the world in search of the Stones of Power. While the stones are gathering and their power begins to be revealed, four boys leave their village on a rite of passage into adulthood and are swept into an adventure that will make men and heroes of them, if they can survive.

Free copies of Stones of Power Book 1 The Exile 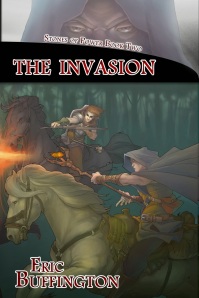 Stones of Power: #2 The Invasion

While Kaz and P join forces to overthrow Omer, the holders of the Strength and Magic Stones unite to hunt down Mordyar’s minions and discover his plans. With each new discovery they are thrown farther into danger until they find themselves in hopeless peril. Will Prophecy overcome Mordyar’s forces as they invade a broken kingdom, or has Fate already turned on the stone holders? The time for hidden silence ends, as the time of strength and magic begins.

33% discount on Stones of Power Book 2 The Invasion

About the author:
Eric Buffington was born in Ontario Canada, where he lived until he was eighteen. After that he traveled with a Canadian government program, for one year (what he did is top secret), he then moved to California to serve a two year mission working with the Laotian people.Shortly after returning home he met the love of his life, moved to Pennsylvania and married her. He has since completed a Bachelor’s and Master’s degree in education. He currently lives in Pennsylvania with his wonderfully supportive wife, and their four children.  He currently works as a High School math teacher in an online cyber school. You can watch his math lessons on his Youtube channel.
Website: http://ericbuffington.weebly.com/