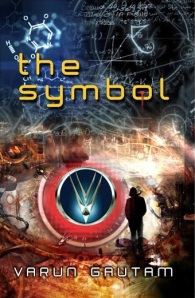 A perfectly written script goes awry when Arjun encounters the unexpected. His belief in occult injustice solidifies when he, on one hand, fails to clear the much coveted IMS entrance exam and on the other hand, his friend Mohan gets more than what he deserved in life. Unable to cope up with this unfairness, he becomes directionless. With no way forward and some strained relations, he reaches the peak of monotony in his life and has nowhere to draw his inspiration from. One day suddenly he gets hold of a device called The Symbol which promises to solve all his problems.

Can The Symbol help him come out of his woes?

Will he be able to rise above the so called injustice and prove his mettle?

It is a journey that takes a peek into finding a new perspective and chartering inspiration from unknown territories, where none was thought to have existed. 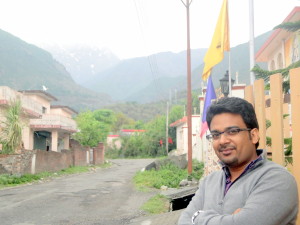 Varun Gautam makes his debut as an author with his book The Symbol: the story that is an amalgamation of fictional and factual experiences. After completing his engineering from Pantnagar University, he started working as a computer professional in one of the India’s prominent IT Company. He is currently settled in New Delhi and married to Anjali. He was fond of writing since his early days and has never let this creative bug of writing go away from him. The journey that started with casual school board articles has taken a new impetus with the advent of his first book. Through his stories, he wants to spread a message across to bring about a change in the mind-set of the people. He is fond of watching movies. Lately travelling has become his newest passion. Covering entire India is surely on his wish list.

Varun Gautam can be reached at varungautam13@gmail.com

“The secret of success is hard work”- a saying that constantly reverberates through our life’s journey.  However we hardly come across a saying that tells us what to do after we succeed or more importantly how to carry on with our lives when we fail. No one prepares you for the excruciating pain of watching a dream that you worked hard to attain slip away into eternity and become a distant relic. The symbol by Varun Gautam carters to this very need, by chronicling the story of two cousins Dhruv and Arjun as they make their journey through a grueling phase in their lives.

Arjun’s whose entire world is turned upside down when his dream of getting into the coveted IMS crumbles right before his very eyes is now burdened with the enormous task of picking up the fragmented pieces of destroyed dream amidst the backdrop of cruel judging eyes of this world. He must now set himself on a quest to rediscover a meaning to a life which he feels has lost its purpose. Dhruv on the other hand has accepted failure as an integral part of his life and hopes his cousin would do so too one day. However there are times in the book where he questions his ideologies, pondering if he has just succumbed to immense pressure of failures and decided to just lay his dreams to rest.

Despite having two protagonists with strikingly contrasting identities, Varun manages to intertwine their stories with utmost ease. Through their eyes we see how the success is not always fulfilling nor is failure as grim as we think. With his gripping storyline sprinkled with a dash of supernatural element, Varun keeps his readers at the edge of their seats, as they discover one gem after another with each turn of a page. The story draws the reader towards itself with its compelling storyline and array of well written characters. Further the unexpected twist at the end makes this book a real treat.

So if you are depressed with the ever unfair world or just need a good story that would help you get through life’s difficult times go ahead and grab a copy of the symbol. There is a chance that you may find your answer hidden between the pages of this book.