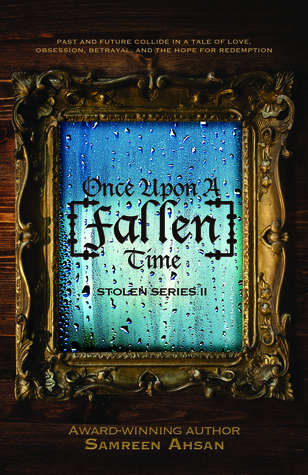 This is book 2 of [STOLEN] SERIES.

Samreen Ahsan brings to us a smashing second book in the series. This book follows up where the first one left off, but takes us deeper into the past. In the first book, Myra only had dreams and glimpses of Edward, but in this one, she finally crosses over to the past. The author takes us on a journey through Edwards world as Myra tries to navigate her way. Edward tries to keep her hidden from the king, but it is not so easy. When the king finds out about her, it is her wit and knowledge of this past time that keeps her going.

The author brings to us a wonderful tale of love and mystery, weaving the past with the present. In the present, Myra’s family and friends are missing her and no-one knows where she is except Steve. Even though he tries to explain it, no-one believes the ‘story’ he tells.

In the past, Edward is fascinated by Myra and as she passes some time there, changes start to occur. Some color starts to appear in his otherwise dark life. The author once again handles the characters very well and weaves an intriguing plot!

A must read for all romance lovers out there and of course for fans of the author!