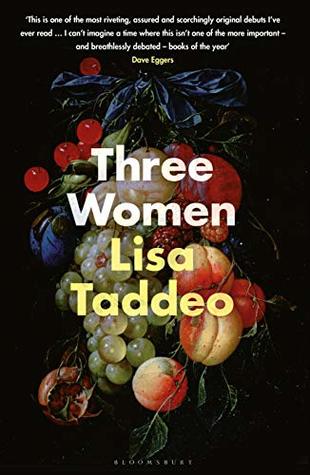 Dahlia, a centuries-old genie, lies hopelessly trapped in a damaged golden locket charm attached to an ankle bracelet. Its owner, sixteen-year-old Liana, wears it for the first time during her father Jamison’s opening night illusion spectacular. Not only does its presence cause Jamison to folly his performance, but it also starts a chain of bizarre events that lead to a showdown with Dahlia’s mortal enemy, Stefan, and an unsuspecting romance between Liana and his son.

Matt Dallmann has a background in acting and holds a BFA from Marymount Manhattan College in New York City. His films and screenplays have been featured at film festivals across the United States including Cinequest, Big Apple Film Festival, Seattle’s True Independent Film Festival, DragonCon and Zero Independent Film Festival. His piano compositions have been published for commercial use and he is a member of ASCAP. Matt is also the Co-Founder and Vice President of the boutique medical billing firm VGA Billing Services, Inc. in New York City. He lives in New Jersey with his wife and two daughters.

Tribal Affairs is a YA novel that revolves around the lives of Dahlia, a centuries old genie, trapped in an ankle bracelet, and a sixteen year old girl, Liana. Liana wears the bracelet for the first time on the opening night of her father’s performance. Little does Liana know that this small act will have much bigger consequences.

The story is written in two different points of view, one telling Dahlia’s story through dreams that Liana has, the other are Liana’s version of the events that unfold. Matt paints a pretty informative picture of the genie world, how they live, the extent of their powers and the various tribes that exist. We also come to know of their differences in personalities and how they look upon humans.

At first it was a little difficult to catch on to the changes in narration and the sequence of events, but as the story progressed, the characters became familiar and slowly the plot started to make sense. Through all this, Liana discovers her ancestral connection to the genie’s and embarks on a journey with Taffi, a genie who turns up at her house and who claims to want to help her. It is only later that she discovers the connection between Taffi and Stefan, the person who is solely responsible for the event that set the rest in motion : the trapping of Dahlia. Additionally, Liana works to find within herself her powers and strength with the help of Taffi and her great great great great…. something grandfather, Amon.

The story is simple and a fast read. It flows easy and there isn’t anything complicated that we need to focus hard to understand. It is an interesting read and though I did not connect with some characters, Liana and Dahlia truly left an impression on me for their strength and ability to love so deeply as well as their compassion.

I would like to thank Laura Fabiani and the iRead Book Tours team for giving me this opportunity to read and enjoy this book! If you are a fan of YA fiction and genie’s and wishes being granted, do pick up this book!

This is a poem I wrote way back at the end of 2011 while ushering in the new year! I think it is apt for this New Year’s Eve and each that follows!

I hope you all have a great New Year with lots of happiness and a tonne of books!

As the year comes to a close,
There is a slight confusion,
Whether to be happy about it,
Or to be sad,
Look back at the year that’s past,
Take a decision,
Make a resolution,
To move forward,
Welcome the new year gracefully,
Open your heart,
And your mind,
Ready yourselves to begin,
A brand new chapter in your life,
Put aside the past,
Embrace the future,
Here’s to wishing all,
A Happy New Year!!!!